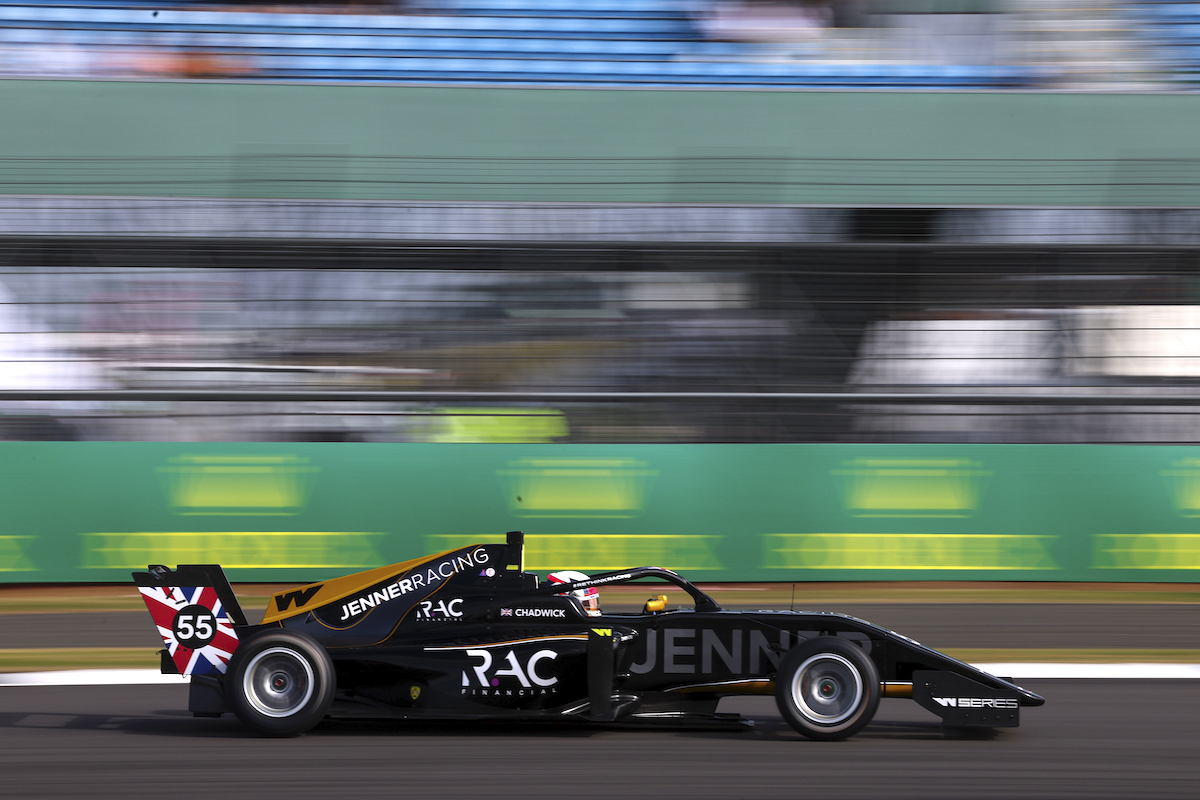 Chadwick lapped 0.219 seconds faster than Kimilainen, with Abbi Pulling a further 0.335s behind in third.

A number of drivers had times deleted for exceeding track limits during the 30-minute session, with Kimilainen the first to be penalised after posting an early benchmark of 1m59.433s.

Tereza Babickova then set a 1m57.910s to lead the way, with Kimilainen making her next lap count to move within 0.064s. Alice Powell moved to the top by 0.2s, only to have her lap deleted before returning to the pits for fresh tyres 10 minutes in.

Chadwick set a 1m57.812s to put the championship leader in front, and improved by a further 0.1s a few minutes later.

Hawkins lapped 0.005s quicker with nine minutes remaining, with Powell almost immediately going faster, but again fell foul of track limits and was demoted down the order once more.

Kimilainen and Chadwick then beat Hawkins’ effort to move into first and second, 0.022s apart. Pulling moved up to third, with fellow Britons Powell and Abbie Eaton improving to fourth and fifth.

Kimllainen found more time by recording a 1m56.977s with five minutes to go, with Chadwick making the same improvement to again sit within 0.022s of the Finn.

Chadwick then moved ahead with a 1m56.758s, with Powell moving into third before Pulling responded to reclaim the position.

Beitske Visser demoted Powell to fifth in the final seconds with the fourth quickest time, while a late effort secured Fabienne Wohlwend sixth.

Marta Garcia was seventh ahead Eaton and Sarah Moore, who both set an identical time, with Hawkins rounding out the top 10. Belen Garcia was 11th ahead of Babickova.