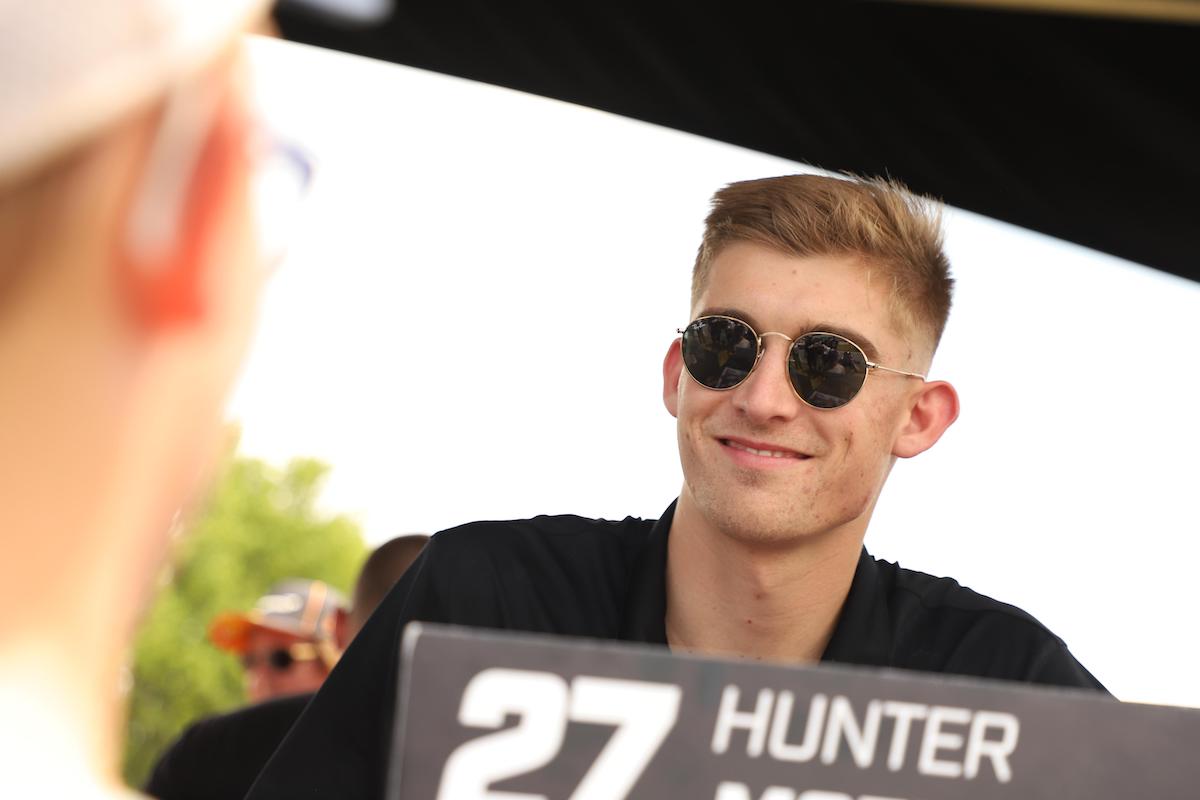 The Andretti Autosport driver jumped to the top of the times midway through the session with a lap time of 1m14.0639s, and found improvements just a few laps later to dip below the 1m14s mark.

By the end of the session, McElrea had improved to 1m13.6126s, more than three tenths of a second ahead of Andretti Autosport team-mate Christian Rassmussen in second.

The session was ended three minutes early by a red flag brought out by Jacob Abel.

Abel had had a good practice up until that point and was running fourth. He lost control of the car at the entry to turn one and ran straight on, damaging his front wing as he went over the gravel and hitting the tyre barriers with some speed. The session was not resumed.

For much of the session, the Andretti quartet locked out the top four positions. Sting Ray Robb briefly held the top spot before team mate McElrea improved, but he and Matthew Brabham remained inside the top four.

As others improved late in the session, Robb dropped back to sixth, with Brabham just ahead in fifth.

It was TJ Speed driver Kyffin Simpson who jumped up to third with a late improvement, though he was 0.3s behind McElrea.

Championship leader Linus Lundqvist didn’t feature at the top of the order. He spent much of the session in the bottom half of the top 10 and was only eighth when the chequered flag fell, behind Benjamin Pedersen.