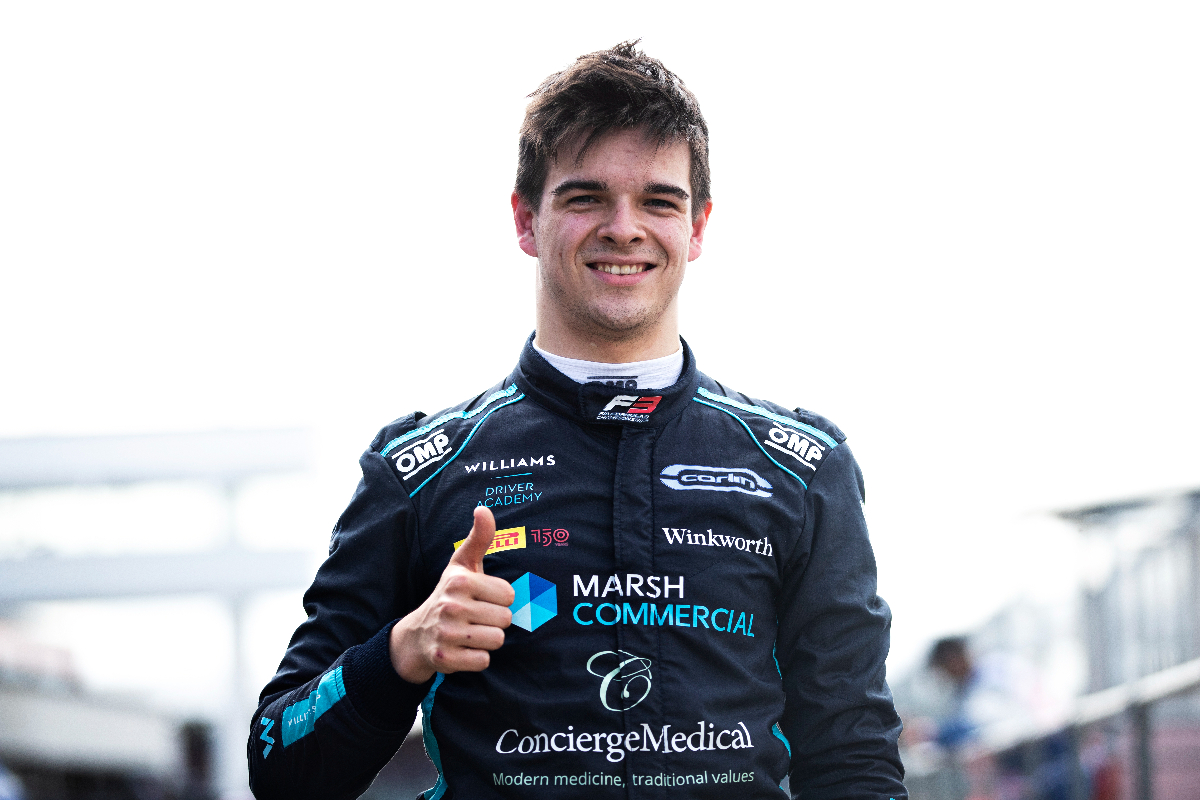 Zak O’Sullivan says his and Carlin’s maiden FIA Formula 3 Championship pole at Silverstone on Friday was a “pretty unexpected” feat.

The British team has endured a difficult time in FIA F3 since joining in 2019, with two podiums from 60 races. When it competed in predecessor series GP3 from 2010 to ’15 it won nine races and both titles in 2014.

O’Sullivan was therefore happy with himself and the result when he spoke about pole in the post-qualifying press conference. But he was cautious about his chances for the rest of the weekend as he acknowledged Carlin’s 2022 struggles so far.

“[I’m] pretty happy as it’s the home grand prix for me and the team. So, it’s a pretty good place to score pole,” O’Sullivan started. “It was pretty unexpected to be honest. We weren’t too bad in free practice, but then in qualifying that first lap on the second run was really, really nice and luckily it was good enough for pole. So, yeah, I’m pretty happy.

“I’m not too sure to be honest [about what made the difference today].

“We’ve been struggling all year a bit with the car. We tried some different stuff this weekend but nothing too major. As soon as we dropped the car down in free practice, it already felt like a big improvement from previous rounds. Obviously I have quite good track knowledge at this circuit so that probably played a part as well today.”

O’Sullivan will start Saturday’s sprint race from 12th on the grid, where he will try to learn the maximum about the car in order to be prepared for when he starts from first place on Sunday.

The lack of pace suffered in previous races leaves O’Sullivan without clear expectations for the feature race, but he hopes things can change this weekend – with a previous best finish of sixth – so he can remain at the front of the field in his home grand prix.

“I’m not too sure [what to expect]. I think I’ll have a better answer for you after Saturday’s race. Then we can get an idea of what our race pace is like. If the team is quite strong, then I think we should be able to fight for as long as possible.

“We have to see. In the past, our race pace hasn’t been a strong point, but hopefully it’s a bit of a change this weekend.”