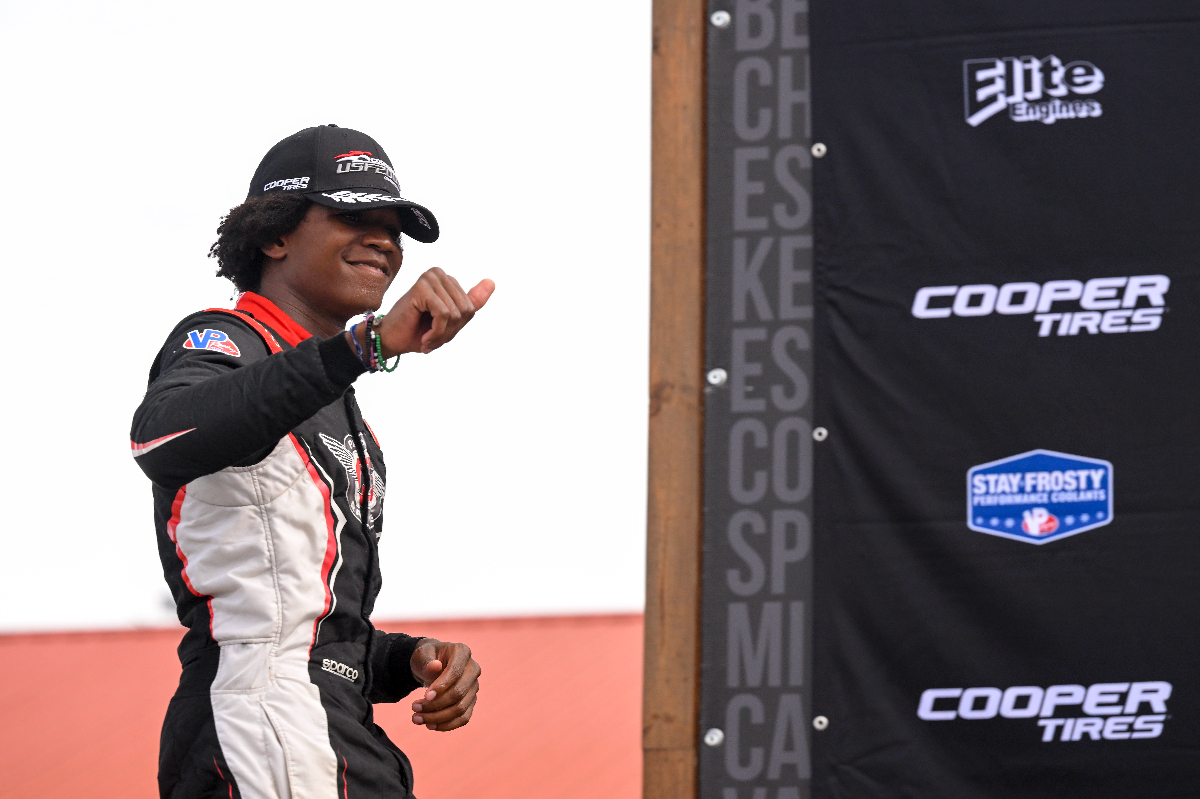 Pabst Racing’s Myles Rowe has moved back into the USF2000 points lead as he dominated the first Mid-Ohio race while title rival Michael d’Orlando finished a lap down.

This time he was able to run side-by-side through to The Esses but somehow Rowe stayed ahead and then Jay Howard Driver Development’s debuting Lochie Hughes was able to sneak inside d’Orlando for the second place at turn nine.

Rowe went unchallenged once racing resumed, building up a lead of 8.8492 seconds to take his third win of the season.

Hughes held on to second all the way to the finish, despite some intense pressure from Velocity Racing Development’s Nikita Johnson and later Pabst’s Jace Denmark, but the series debutant lost his podium finish as his car failed post-race technical inspections.

That meant Denmark finished second, just ahead of Exclusive Autosport’s Billy Frazer who had run in fifth early on, fell to 11th and then charged his way back up the order.

Cape Motorsports’ Jagger Jones followed him across the line in what would be fourth, and Jacob Douglas just held off Christian Weir for fifth.

Nicky Hays won his battle with Dylan Christie for what was initially ninth place but became seventh after Hughes’ disqualification and Johnson’s off that dropped him out of the race once he took to the pits.

Early on there was further drama for JHDD, as Evagoras Papasavvas lost his front wing on lap one and Jorge Garciarce lost his rear wing on lap two.

D’Orlando finished a lap back in 14th, and is now 18 points behind Rowe in the title race.