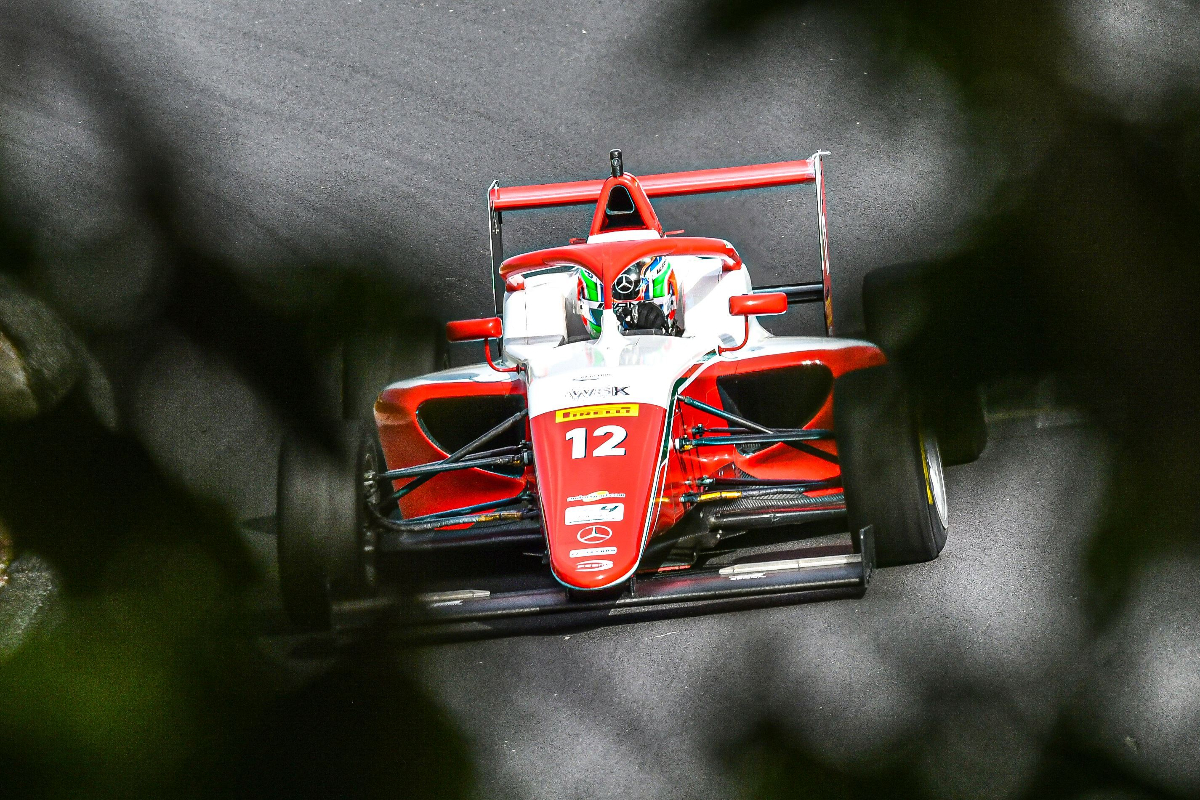 Prema’s Andrea Kimi Antonelli is the man to beat over one lap in Italian Formula 4 right now, as he continued his unbeaten qualifying run into the Vallelunga round.

The first qualifying session started with US Racing looking like the stronger team on a busy track, as Kacper Sztuka and then Nikhil Bohra set the pace, with Marcus Amand and Alex Dunne also near the top positions.

Sztuka sat in first place halfway through Q1, with the top Prema drivers in the bottom half of the top 10. Rafael Camara then came to the fore with just under seven minutes remaining, setting a 1m34.696s. His team-mate Antonelli bettered it by 0.058 seconds and Charlie Wurz jumped up to third, with an improvement from Sztuka only putting him fourth.

Antonelli improved again with five minutes to go, then once more with two minutes left on the clock to secure his seventh pole of the season.

Camara had been set for pole with his final lap after the first two sectors, but lost too much time in the third and qualified 0.149s behind, with Wurz and James Wharton completing a Prema lockout of the top four.

Dunne led team-mates Amand and Sztuka in fifth place, and were among the many who failed to improve amid traffic in the final minutes, with US’s other drivers Bohra and Pedro Perino qualifying 10th and 11th.

Bohra started Q2 as the fastest driver, but this time it did not take as long for Prema’s line-up to find clean air and go to the top of the times.

Camara was in first place after six minutes, with Jenzer Motorsport’s Ethan Ischer and then Sztuka briefly on top after Bohra was.

Antonelli bettered Camara by almost two tenths of a second, and although he couldn’t improve after that it did not matter as nobody else was able to match his pace in the second half of Q2.

Antonelli claimed race three pole too based on each driver’s second-best laptime from the two qualifying sessions, but only by 0.034s over Camara. Race three will be the only one with a Van Amersfoort Racing driver in the top 10, as Brando Badoer qualified 10th.