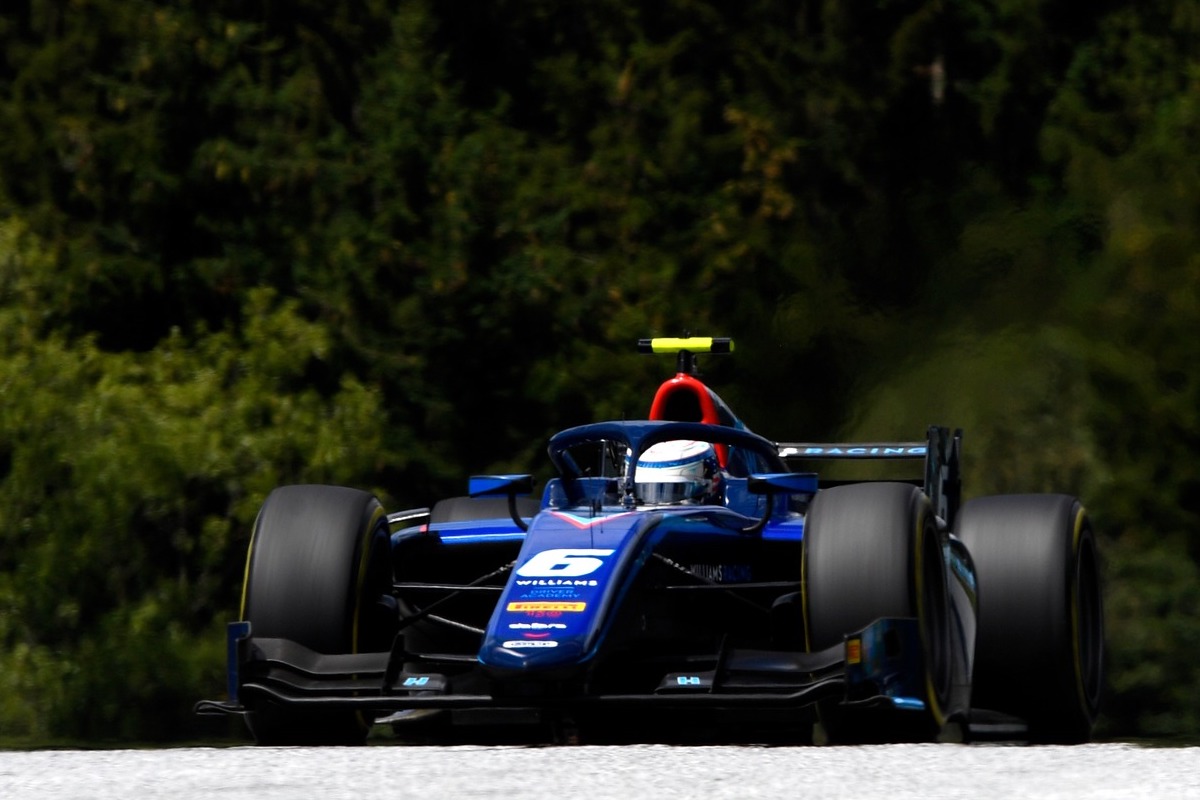 Logan Sargeant has gained his second Formula 2 feature race win in succession despite finishing fourth on the road at the Red Bull Ring.

Carlin driver Sargeant started the race on wet tyres but ended up being beaten to the chequered flag by three drivers who started on slicks on the drying track.

He joined Richard Verschoor and Jehan Daruvala on the podium after Roberto Merhi was given a time penalty for exceeding track limits, only for Verschoor to be disqualified for not having the required fuel sample left in his car and Daruvala was penalised after his Prema team was seen trying to dry the track around his grid space.

Formula Scout understands that Merhi and Campos attempted to have their five-second penalty overturned.

Being promoted to victory means Sargeant moves into second in the championship, one point ahead of Theo Pourchaire and 39 behind leader Felipe Drugovich.

“Similar to them, I had a hunch that the slicks would be better but it’s difficult when you’re starting third everyone around us was on wets,” Sargeant said in the press conference immediately after the race.

“If you make that call to go to slicks you could ruin the race for you and the whole team. So we stuck with it. It obviously didn’t go my way. I did get mad when I was pretty much in last, but it was just a phenomenal stop by the crew and then I was just coming through like a train for the first half of my stint.

“I’m just giving it 100% every time I go out there. I think today was a good example that, we could have called it early on in that race that it was over and weren’t going to come back through but we just never gave up. And it’s what I’m going to keep doing.”

Enzo Fittipaldi inherits second place for Charouz Racing System ahead of Merhi, and is now up to fifth in the standings.