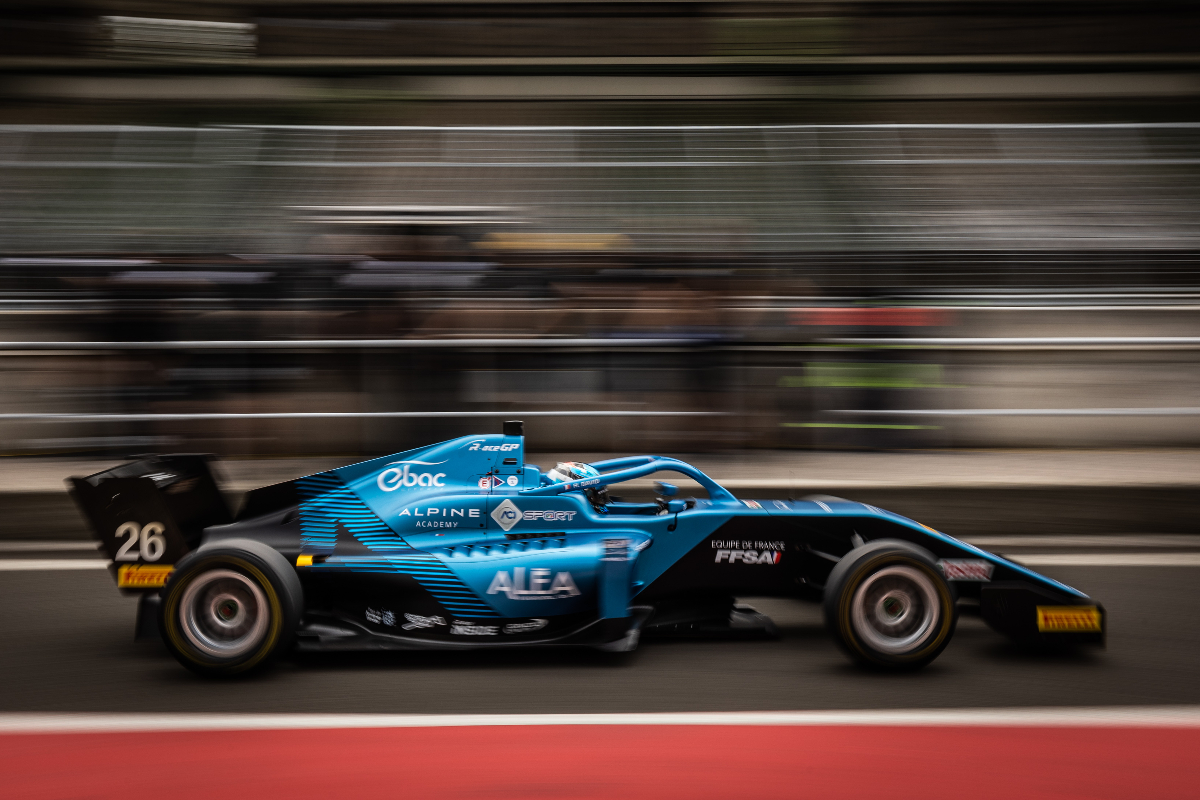 It was a calm performance from the third-year FRegional driver, while there was a little scrap behind him for second place.

ART Grand Prix’s Gabriele Mini started second and R-ace’s Gabriel Bortoleto started third, and a faster run to turn one allowed Bortoleto to go around the outside of Mini. He tried to pass David at the exit too but there wasn’t enough room, and a lock-up at tuen two then meant Mini could come back at him on the inside. The place wasn’t regained though, and the pair then ran almost of the race just sitting behind David.

In the final third of the race Bortoleto did move on the pit straight to try to break the tow, but a challenge didn’t come from Mini until after a late safety car period caused by Arden’s Joshua Duerksen crashing out.

Racing resumed with three laps to go, and it was on the penultimate lap that Mini made his move as he managed to get down Bortoleto’s inside at turn three moments before the safety car was called out again.

Trident duo Tim Tramnitz and Leonardo Fornaroli had led Prema’s Paul Aron in the battle for fourth the whole race, and going into turn one for the penultimate time Aron went to attack Fornaroli. The move didn’t work, and as he cut to the apex of the corner there was contact from Race Performance Motorsport’s Pietro Delli Guanti behind.

Delli Guanti’s front-left suspension broke and the safety car was required to remove his car. That meant no more overtakes took place, and Aron ended up in seventh after being passed by Joshua Dufek.

The Van Amersfoort Racing driver had made brilliant moves at turn one on Owen Tangavelou and Maceo Capietto to rise up the order, and just before the final safety car period Sebastian Montoya leapt up to eighth.

Championship leader Dino Beganovic started 12th and an early clash put him 22nd before he recovered to 16th.