Home Featured Sargeant on charging from 15th to win: “Sometimes angry can be good”
Formula 2News 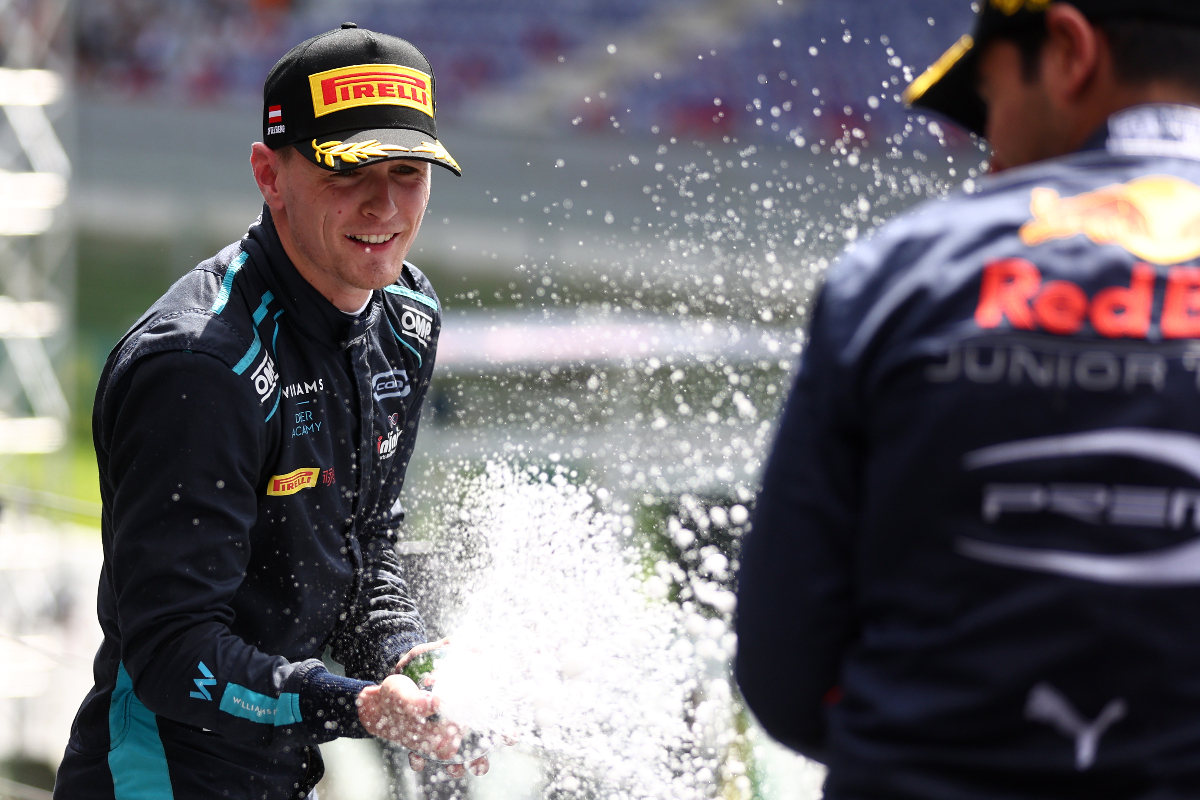 Logan Sargeant may have inherited Formula 2 Red Bull Ring feature race victory thanks to penalties, but he still went on an incredible charge to put himself in that position.

The Williams junior and Carlin driver started third but was on grooved tyres on a wet but drying track, and it meant he had to replace them early on to contend with the drivers who were already on slick rubber.

That dropped him to 15th, but he then went on an overtaking spree to finish fourth on the road, which became third once a penalty was given to Roberto Merhi. A clutch of post-race steward decisions then left Sargeant as the race victor.

“I sort of had a hunch that I thought the slicks would be better. It’s difficult when you’re starting third,” said Sargeant.

“Everyone around you is on wets, if you make that call to go to slicks you could ruin the race for you and the whole team. So we stuck with it. It obviously didn’t go my way. I did get mad when I was pretty much in last, but it was a phenomenal stop by the crew and then I was just coming through like a train for the first half of my stint.”

Sargeant expanded on how he “got mad” during the post-race press conference, first when asked why others on the same tyre strategy did not replicate his progress up the order.

“For one, I think I had a great car underneath me today. And also had an angry driver behind the wheel. I was flatout, wasn’t worried about tyre degredation. They were all coming out on cold tires and I just kept picking them off one by one.”

He later added: “I knew where I was [during my stop], where I was going to come out, where I could maybe get to. I was angry, I stayed angry, and honestly I think that’s what helps me get back up the field. I was aggressive. Sometimes angry can be good.”

There was also some anxiety during the race once Sargeant had switched to slicks, in part due to his aggressive driving.

“I’m not going to lie, halfway through my medium stint I was a little worried. I was sliding around a lot, I was starting to grain the fronts. However, I knew from yesterday that even if there’s a slower car in front of you, it’s hard to get close. So I knew as long as I didn’t make any mistakes and just kept on putting in decent enough laps, they wouldn’t be able to get close enough to overtake.”

Sargeant was down in 12th in the standings during the third round of the season, but he’s now the closest rival to MP Motorsport’s Felipe Drugovich and sits 39 points off the championship lead.