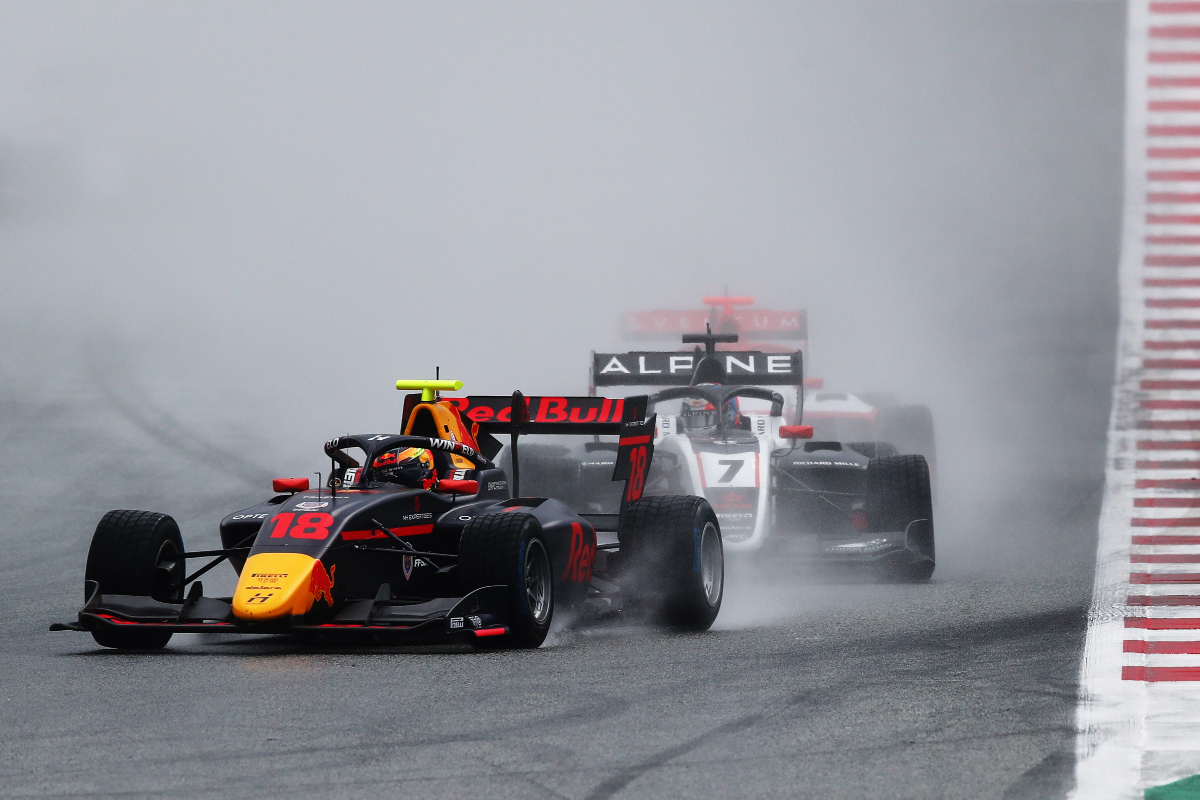 The FIA has been critised for leaving a lapped car near the front of the queue on a safety car restart during the Formula 3 feature race at the Red Bull Ring.

Isack Hadjar had led from the start but had his gap up front cut by a safety car period that began with six laps remaining of the race.

When racing resumed however with three laps to go, the chasing Victor Martins and Ollie Bearman were not on his tail as Jenzer Motorsport’s lapped Federico Malvesititi was sat ahead of them in the safety car queue until he dived into the pits at the last second just as racing resumed.

The Safety Car comes in this lap, with a good restart for Hadjar! 🚀#AustrianGP #F3 pic.twitter.com/jAlt0bApFh

Hadjar immediately opened up a two-second lead again as a result, which he extended further in the last two laps.

“To be honest I feel like this is unacceptable to do that,” runner-up Martins said to Formula Scout of the safety car restart.

“I don’t know if it’s coming from the driver or the team or the engineer or maybe the instruction they got from the FIA, but when you fight and there is a safety car, either they should do one more lap just for the car to go out of the way or one lap before.

“The problem is that I got [the message] from the team, and I think my engineer got the instruction from the FIA that I couldn’t overtake before the [start-finish] line. So I was preparing myself to be close to him at the line, and then he was going to pull away on the side with blue flags.

“But then in the end he didn’t even take [a preliminary move towards] the pit entry, and then he decided to pit. So it was a bit of confusion. They need to sort it out, the FIA, for this to not happen again because they ruined the fight with the podium.”

Bearman in third also scorned the restart procedure, but admitted victory was likely out of his sights anyway.

“I think Hadjar was probably too fast [for me] to challenge for the win,” Bearman told Formula Scout.

“I think I could have maybe gone for the P2, but there was a bit of a problem with the lapped car, he held us all up and didn’t make the best of restarts. Anyway, happy to take P3.”