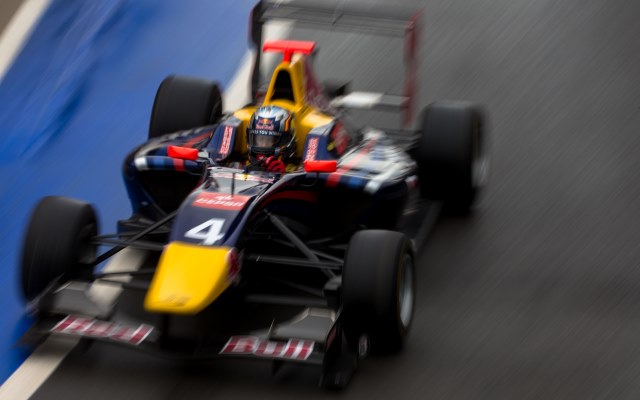 Carlos Sainz followed up Friday morning’s news that he will make his F1 debut at Silverstone next month by setting the fastest time in GP3 practice at the British track.

In a session that began with drivers on wet tyres before switching to slicks, the MW Arden driver set the best time of 1m47.432s in the final five minutes.

Just before that, Lewis Williamson had returned to top spot having been quick throughout the session. The Bamboo driver, who took his one GP3 win to-date at Silverstone two years ago, finished second, 0.439s.

Nick Yelloly, the second of seven home drivers this weekend, made a late improvement to go third for Carlin. Sainz’s team-mate Daniil Kvyat was fourth, ahead of Valencia winner Conor Daly.

Melville McKee was another Brit to go well in sixth ahead of championship leader Tio Ellinas. His Marussia Manor team-mate Dino Zamparelli was eighth with the top ten completed by Alex Fontana and Facu Regalia.

Ericsson beats rain to take second pole of 2013 at Silverstone