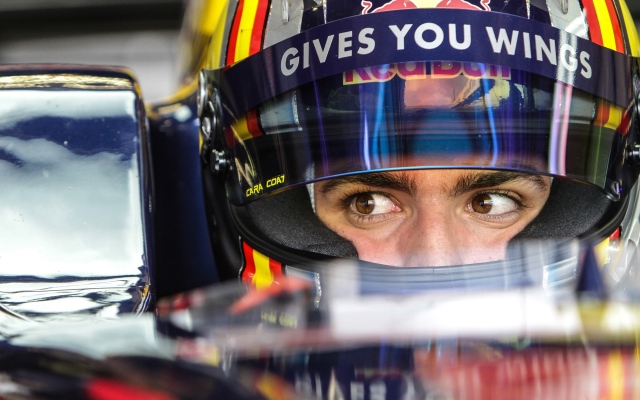 Formula Renault 3.5 championship leader Carlos Sainz was more than two seconds clear of the field in the first session after the two month summer break at a wet Hungaroring.

In poor weather conditions that are expected to continue for the rest of the weekend, the Spaniard was never headed during the session, working his time down from a 2m02s to a 1m57.309s.

He was 2.621s ahead of second-placed Oscar Tunjo. Oliver Rowland was third ahead of Luca Ghiotto, Marco Sorensen and new Caterham F1 recruit Roberto Merhi, who currently sits second in the standings, 39 points behind his compatriot Sainz.

European F3 leader Esteban Ocon was seventh as he begins his debut weekend in the series with the Comtec team. Will Stevens, Norman Nato and Zoel Amberg completed the top ten, with Pierre Gasly 11th.

Another debutant, Ocon’s F3 team-mate Nicholas Latifi, was 16th for Tech 1. Sergey Sirotkin became a victim of the weather without setting a time, as did Pietro Fantin.

Sainz ahead again in dryer second practice in Hungary