Sacha Fenestraz to race in European F3 with Carlin 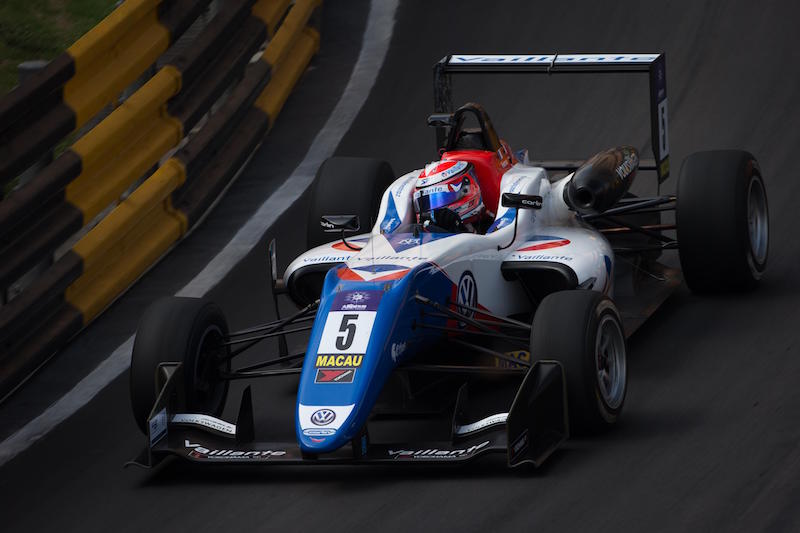 The Franco-Argentine driver, who won a place on the Renault Sport Academy with his Eurocup triumph, has already raced a Carlin-run F3 car at the Nurburgring and at Macau last year.

He is part of the same ADD Motorsports management stable as Lando Norris, who won the 2017 European F3 title with Carlin.

“I?m really happy to join such a big Academy. This season will be challenging, we have a lot of work to do but I?m very happy to join Renault and relishing the opportunity to have their support,” said Fenestraz.

?Since I first got behind the wheel of an F3 car I really liked the handling and the aero efficiency.?They are so fast in corners and on the straights; it?s nearly a perfect car.

“I?m really happy to compete in European F3 and to continue my journey with Carlin. The team is very professional in its approach to racing and you can quickly understand why it has such a track record in all single-seater categories.

“This environment will allow me to continue gaining experience. This season, my goal will be to get first place in the Rookies classification and to get the best result in the overall championship.

“I will do my best and keep learning every time I go on track. I want to keep battling for front rows and podiums. I have some new circuits to learn so that will be a fresh challenge, but we will work as hard as possible to get these good results.

?It?s with great pleasure that we can confirm Sacha joins the team for a full season campaign in European F3 this year,” stated team boss Trevor Carlin.

“Sacha has raced with us once in the championship already where he was extremely impressive in qualifying particularly.

“We were pleased to work with him again in Macau where as a rookie he was extremely impressive and finished the race very well ? we know that he has the potential to do great things on track as he has already proven in the Formula Renault Eurocup, so we have no doubt that he will be competitive from the word go as he hits the track this year.?