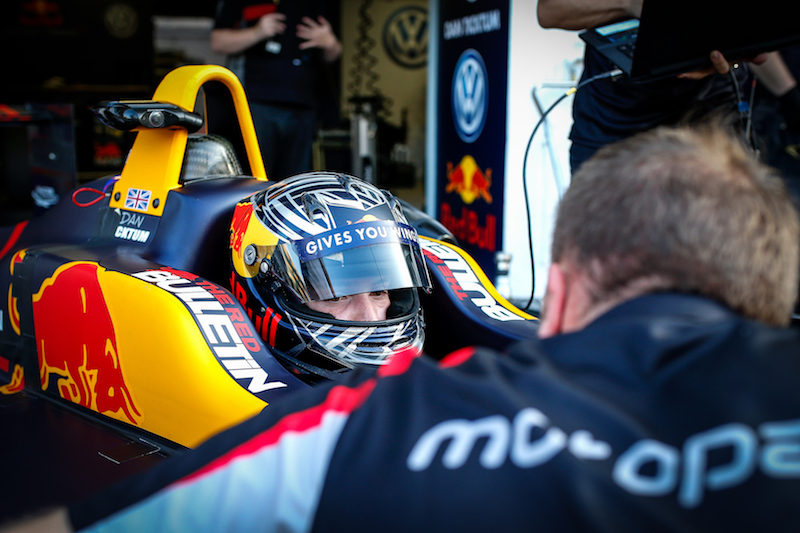 The Red Bull Junior Team line-up for 2018 has been revealed.

Dan Ticktum and Neil Verhagen are retained by the programme for a second year, and will race European Formula 3 with Motopark and Formula Renault Eurocup with Tech 1 Racing.

Eighteen-year-old Ticktum contests a full F3 programme following his Macau Grand Prix triumph in November, while American racer Verhagen, 16, switches from MP Motorsport for his second season in Formula Renault having topped official testing at the end of last year.

As revealed last September, Red Bull has signed four drivers from karting, with two of them – Dennis Hauger and Jack Doohan – stepping up to single-seaters in British Formula 4 with Arden.

Two other drivers, 13-year-old Britons Jonny Edgar and Harry Thompson, will continue in karting, stepping up to the OK Senior class after finishing one-two in the European championship at OK Junior level in 2017.

Red Bull has also revealed that Nirei Fukuzumi will become a Red Bull athlete – but not a formal part of the Junior Team – as he steps up from GP3 to combine Formula 2 with the Christian Horner-owned Arden team and Super Formula with Team Mugen in place of Toro Rosso recruit Pierre Gasly.

This comes as Toro Rosso enters into an engine partnership with Honda.

While Gasly graduated to F1 late last season, both Niko Kari and Richard Verschoor were released from the programme at the end of 2017.

Sacha Fenestraz to race in European F3 with Carlin