Home Formula 2 Russian Time to continue in F2 after all, as Racing Engineering and Fortec back out
Formula 2News 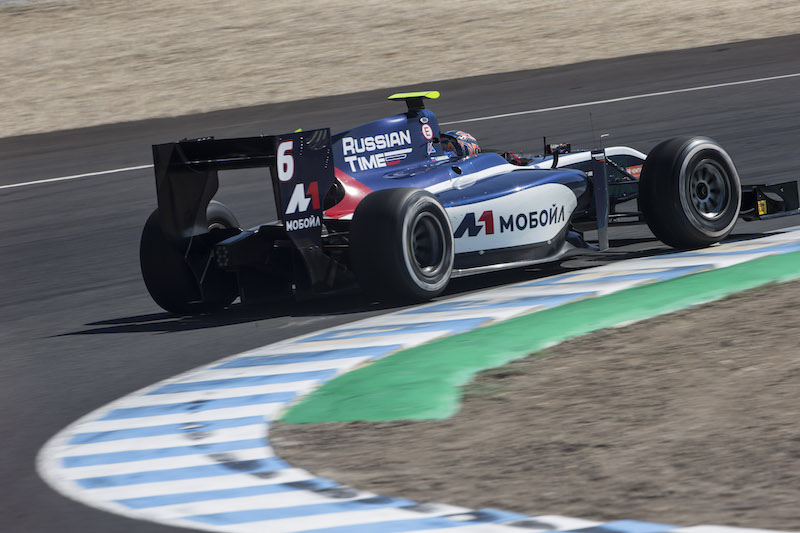 The Russian Time squad is to continue in Formula 2 after all this season, while both Racing Engineering and Fortec Motorsports have backed out of their commitment to the series.

Russian Time was absent from the initial 2018 F2 entry list revealed last November, before the outfit beat DAMS and Prema to win the 2017 teams’ title.

It has now recommitted to the series for 2018, when it will run cars #1 and #2 courtesy of its teams’ title.

It is unclear whether team protege Artem Markelov, the runner-up to Charles Leclerc in the 2017 standings, will be involved in Russian Time’s continuation, having previously looked set to move on from F2.

While Russian Time has returned to the fold, both Racing Engineering and Fortec will now not take part this season having featured on the original entry list.

Racing Engineering has quit the series having been involved since its inception as GP2 in 2005, taking Giorgio Pantano and Fabio Leimer to titles in 2008 and 2013 respectively.

The Spanish squad’s run to eighth last year was its worst performance in the teams’ championship.

It has made an entry to the European Le Mans Series this year with its 2016 race-winner Norman Nato.

Fortec had been set to join the championship for the first time, coinciding with the end of the Formula V8 3.5 series.

“I?m also sorry to see Fortec Motorsports step back this season, but this was a joint decision,” said Michel.

“We will reconsider their entry when the conditions are more favourable.

“I feel it best for our championship to limit the number of teams in 2018 to ten. I know they will provide yet again an incredible show.”