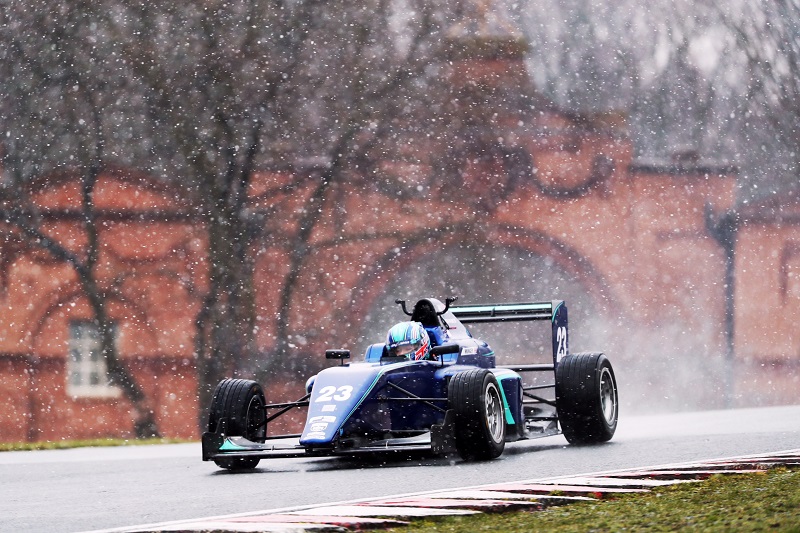 Billy Monger has completed his first test in a single-seater car since his British Formula 4 crash that led to him losing both of his lower legs.

The test took place over Tuesday and Wednesday at Oulton Park in one of Carlin’s BRDC British Formula 3 cars.

Monger has already stated his aim to be on the 2018 British F3 grid, and began to work with Carlin on its simulator less than two months after his April accident.

He tweeted on Tuesday morning: “Didn?t think this would be possible a few months ago. Long way to go but the goal is getting closer. Thanks Carlin for making today possible.”

Carlin added: “Proud to be part of your journey and hopeful we will join the BRDC British F3 2018 grid together!”

After his crash, Monger spent his time working on changing an FIA ruling that previously prevented disabled drivers from racing single-seater cars.

He succeeded, and has since received his 2018 MSA license, delivered to him by FIA president Jean Todt.

Last month he was also a stunt driver in the Live stage element of the Autosport International Show.

On Wednesday, Carlin revealed it had signed Danish driver Nicolai Kjaergaard to one of its three BRDC British F3 seats.

Kjaergaard raced for Fortec in the series last year, finishing 10th overall, as well as in British F4 in 2016.

Sun Yue Yang is also set to race for Carlin, as revealed at the Renault Sport Academy launch last month. The team has yet to confirm the deal but the Chinese driver tested alongside Monger and Kjaergaard at Oulton Park.