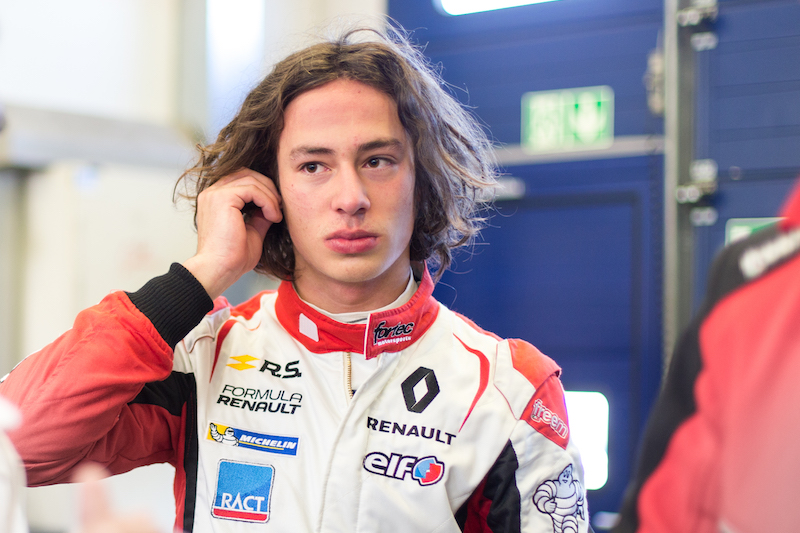 Alex Peroni, who scored a Formula Renault Eurocup win on the streets of Pau last year, has joined MP Motorsport for the 2018 season.

The Tasmanian, who won the V de V single-seater title in a Formula Renault machine in 2016, took the Pau win and five other top-six finishes in the first eight races last year driving for Fortec Motorsports.

It took him until the final round of the season at Barcelona to score again however, as he finished 10th in the final standings.

“Eurocup competition is incredibly intense, so I am happy to be able to join a team as professional as MP Motorsport,” said Peroni.

“I hope to build a strong working relationship with my new engineer so that we can get the maximum out of the car under all circumstances and be among the top drivers at the end of the year.

“Another factor was the team?s experience and success in a range of series, from Formula 4 to Formula Renault, GP3 and Formula 2.”

Team boss Sander Dorsman commented:??Alex had a solid first year in Eurocup last year, and could have finished in the top five with a bit more experience and luck.

“So I believe together we should be targeting a top five finish in Eurocup this year. He is a welcome addition to our squad and we look forward to working with him into the future.?

As well as Peroni, two other members of the team’s 2017 line-up have found new homes.

AVF meanwhile has retained both Xavier Lloveras and Axel Matus into 2018.