Sergey Afanasiev has enjoyed success in a number of different championships in recent years, and is currently vying for the Auto GP title…

Sergey raced in the Formula RUS series in his homeland in 2003 and 2004, winning the title in his second year. In 2004 he also contested a half-season of Formula Renault Monza, a championship for the less powerful Formula Renault 1.6L cars. In 2005 he made a full-time move to Formula Renault, competing in the German championship as well as the Eurocup. In the German series he finished tenth overall with eight top ten finishes from 16 races and a best result of fourth at Assen. In the more competitive Eurocup he scored one top ten finish with a fourth place finish at Oschersleben.

In 2006 the German championship grew into the North European Cup, where Sergey finished eighth overall scoring one win at Assen. He also took part in the Swiss championship, where he picked up six wins from ten starts and ended the year as runner-up. He stepped up to the Formula 3 Euro Series in 2007, but could only manage a best result of 12th and scored no points as a result. 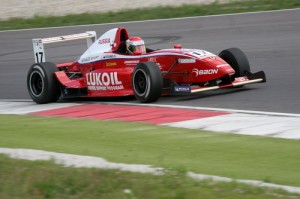 Sergey switched to International Formula Master in 2008, where he won only his third race in the series on the streets of Pau. That would be the only podium visit he would muster though, ending the year eighth overall, but only 1.5 points away from fifth place! He remained in IFM for 2009, and although he couldn’t keep up with runaway champion Fabio Leimer he did finish as runner-up, scoring nine podiums from 18 races including a win at the Hungaroring. He also took part in six Formula Renault 3.5 races, but failed to score a point.

Stepping up to FIA Formula Two in 2010, Sergey scored four podium finishes and was a consistent points scorer, only failing to finish in the points on three occasions in 18 races. This impressive run allowed him to finish third overall and earn an FIA Superlicence. 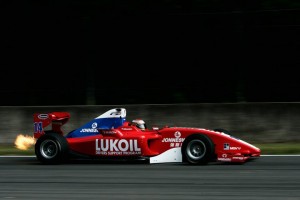 Sergey was the 'best of the rest' behind the two title contenders in F2 in 2010. Photo: FIA Formula 2

Sergey opted to remain in a support category for the World Touring Car Championship for a fourth straight year by switching to Auto GP, giving him unrivalled knowledge of the tracks on the calendar. He has won races at the Hungaroring, Oschersleben and Valencia, leaving him second in the standings going into the season finale at Mugello, just seven points behind leader Kevin Ceccon. That is despite being forced to miss the Donington Park round due to visa problems.

Talent rating: Sergey’s position in the standings in Formula Master, F2 and now his title challenge in Auto GP in the previous three years is an impressive record. However, a step up to a more competitive championship such as GP2 or FR3.5 next year will prove just how talented the Russian is. 6/10

Chances of getting to F1: Sergey’s F1 chances rely on how he performs in a more competitive championship next year, and whether long-term backers Lukoil are prepared to provide the kind of financial backing that would help him to secure an F1 seat. 7/10 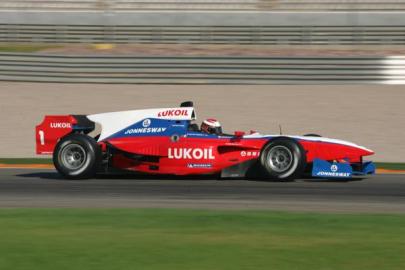