His father Jan raced in F1 and is currently a successful sportscar driver for Corvette. Now Kevin Magnussen is forging a promising career of his own, regularly winning races in British F3…

Beginning his career in karting, Kevin won the North European Zone Championship in the ICA Junior class in 2006, as well as the Peugeot Super Kart title. He stepped up to cars in 2008, taking part in Danish Formula Ford. He won 11 of the 16 races to claim the title. 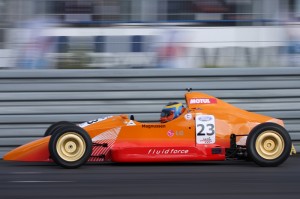 Kevin moved up to Formula Renault in 2009, contesting both the North European Cup and the Eurocup. In the NEC he finished as runner-up, taking 12 podium finishes from 14 starts including one win at the Nurburgring. In the Eurocup he finished seventh overall, scoring one podium finish.

Kevin joined the German F3 Cup for 2010, and won on his debut at Oschersleben. Further wins came at Lausitz and the Nurburgring as he finished third in the final standings. He also made a one-off appearance at the Valencia round of the Formula 3 Euro Series. After finishing seventh in the first race he won the second having started on the front row courtesy of the reverse grid system. 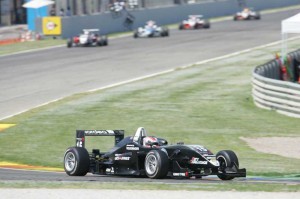 Kevin switched to the British F3 Championship in 2011, a series dominated by his father in 1994. Racing for the leading Carlin team, he has taken five wins from 24 races so far, only two less than teammate and runaway champion Felipe Nasr. Plenty of misfortune has come Kevin’s way in other races, but his Rockingham victory last weekend has moved him into second place overall with two rounds remaining. He finished third, as the top British series runner, in the Masters of F3 at Zandvoort.

Talent rating: Kevin has been a frontrunner in every season so far in his career, and his debut victories in both German and Euro F3 proved he is quick to adapt. He has been plagued by bad luck this year, but has still been impressive. 8/10

Chances of getting to F1: Kevin enjoys sponsorship from some loyal long-term backers, and they should help him to move up the ranks. If his current form continues then he will win races at GP2/FR3.5 level, which gives him a good chance of making it to F1. 8/10 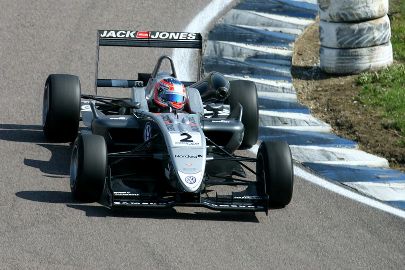