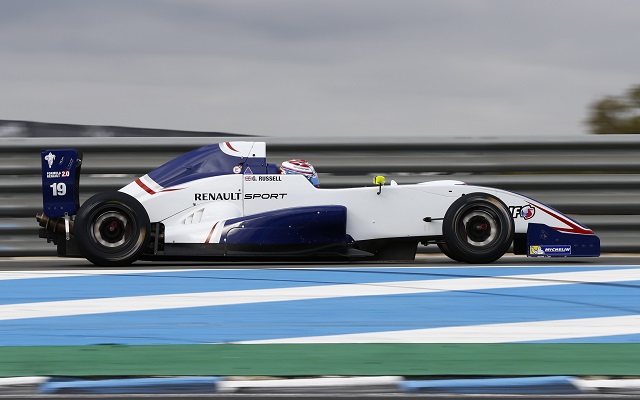 Karting graduate George Russell topped the final session of the Eurocup Formula Renault 2.0 pre-season, getting a lap in at the perfect time in changing weather conditions.

The drivers commenced the afternoon on wet tyres and wound up switching to slicks an hour in. However, the dry compound window proved extremely short and, shortly after Russell took over at the top, the rain began again, preventing further lead changes for the rest of the day.

As such, Russell topped the end-of-session timesheets, finishing eight tenths ahead of fellow rookie Max Verstappen.

Matheo Tuscher was sixth, two seconds off of the leader, while Monegasque racer Charles Leclerc picked up seventh. Prema’s Alex Bosak and Andrew Tang were eighth and ninth, with KTR’s Alex Albon in P10.