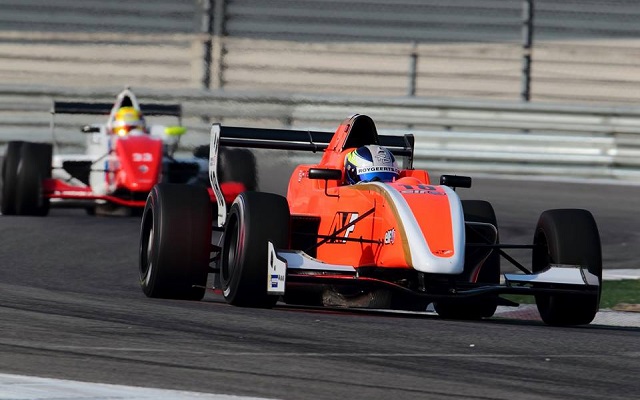 Geerts, who will contest the regular season in the series with AVF, was quickest in sessions one and two of the second day, with his benchmark from the latter run remaining unmatched throughout the rest of the day.

In session one, Geerts did the most laps out of anyone and was a second clear of his nearest rivals – Raoul Owens and Ben Barnicoat. Day one pacesetter Jake Hughes was fourth, while Manor MP’s Julio Moreno rounded out the top five.

The Dutchman again ran the show in the second timed session, with Owens picking up another second. His teammate Hughes was 0.01s down, with Barnicoat a further 0.013s slower in fourth and Jorge Cevallos taking fifth.

Session three was topped by another AVF driver in Matthew Graham, who narrowly led Fortec duo Barnicoat and Martin Kodric. Mark Burdett pair of Owens and Hughes made up the rest of the top five.

The leading drivers from the third run switched places in session four, with Barnicoat ending the day on top ahead of Graham, Kodric, Seb Morris and Robin Hansson.