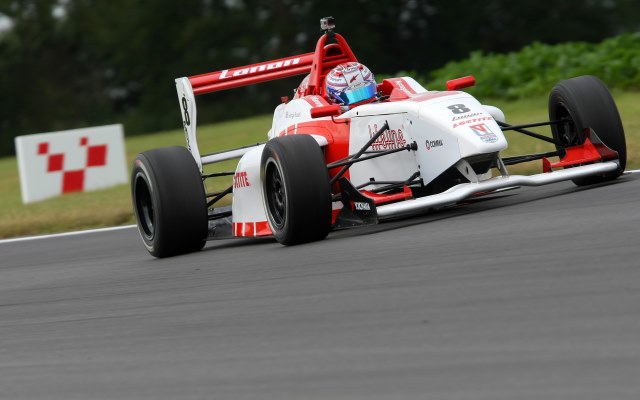 George Russell claimed his maiden single-seater pole position after beating Will Palmer by just 0.004 seconds to top qualifying at round three of the BRDC F4 season at Snetterton.

Championship leader Russell usurped Palmer just inside the final ten minutes of the session, with Palmer narrowly missing out on improving his lap at the end of the session.

Raoul Hyman was third and not far from pole, just 0.071s off the pace. Nicolas Beer took fourth with his final effort, ahead of Arjun Maini and Friday test pace-setter Sennan Fielding.

Gustavo Lima was seventh ahead of Struan Moore, Chris Middlehurst and Diego Menchaca.