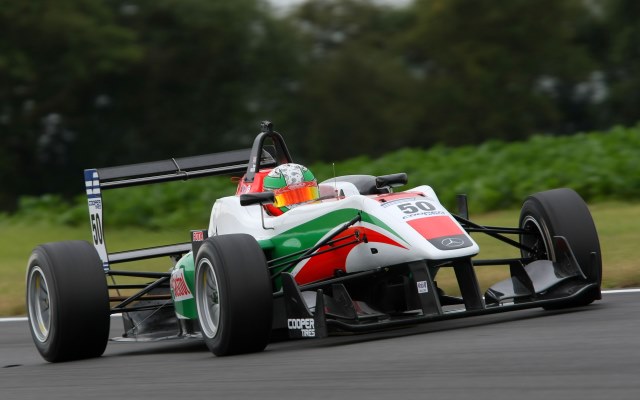 Sam MacLeod is back on top of the British F3 pack upon his return to the series at Snetterton, claiming a double pole position in qualifying.

MacLeod, who took two wins at the season opener at Rockingham but missed Silverstone due to a clashing German F3 commitment, finished 0.430 seconds clear of the field.

His Fortec team-mate Martin Cao – who leads the standings after finishing second in all six races so far this season – was the nearest man to him. With the Chinese driver’s two best times being only 0.003 seconds apart, Cao came within 0.018s of beating MacLeod to the front of the race one grid, determined by second-quickest times.

It will be a Fortec 1-2-3 on the grid for both races one and three, with Matt Rao claiming third.

Peter Li, driving Carlin’s sole entry this weekend after the multiple champions failed to find a driver for the sister car, took fourth for both races, beating the Double R duo of Andy Chang and Camren Kaminsky.