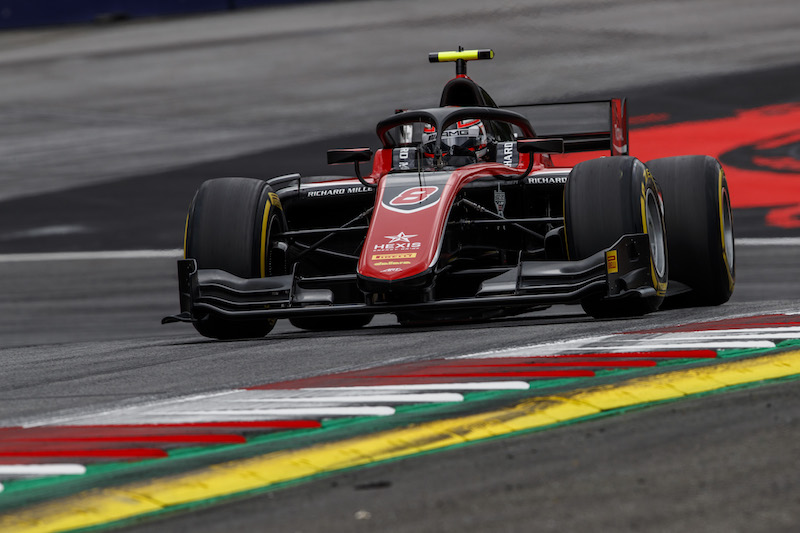 The Mercedes-backed ART Grand Prix driver was quickest with every?attempt at a flying lap.

He sat atop the times by 0.172 seconds during the mid-session lull, then bettered his own benchmark by three-and-a-half tenths with three minutes remaining.

Russell was able to find another third of a tenth inside the final minute to make sure of pole.

Norris was 0.238s away from Russell but beat his Carlin team-mate Sergio Sette Camara to second position after the Brazilian had held the place after the first runs.

Jack Aitken completed a lockout of the front four rows for ART and Carlin, having gone within 0.029s of Russell just before his team-mate moved out of sight.

Arjun Maini qualified in fifth position, having had an engine change on his Trident car inbetween practice and qualifying.

Maini had made an emotional rant on the radio last weekend at Paul Ricard over what he believed was a lack of power.

Austro-German driver Maximilian Gunther was strong through both qualifying runs to net sixth for Arden at his ‘home’ event, in front of Charouz’s Louis Deletraz.

Alex Albon, who took three poles in a row before Russell broke his run in France one week ago, ended up eighth in his worst qualifying of the season so far.

The DAMS driver went wide through the gravel at Turn 4 on his first attempt at a flying lap, and pulled himself up from 14th on his second run.

Paul Ricard sprint race winner Nyck de Vries had to make do with ninth in the best of the Prema cars, with Tadasuke Makino taking 10th ahead of Luca Ghiotto, Roberto Merhi and Antonio Fuoco.