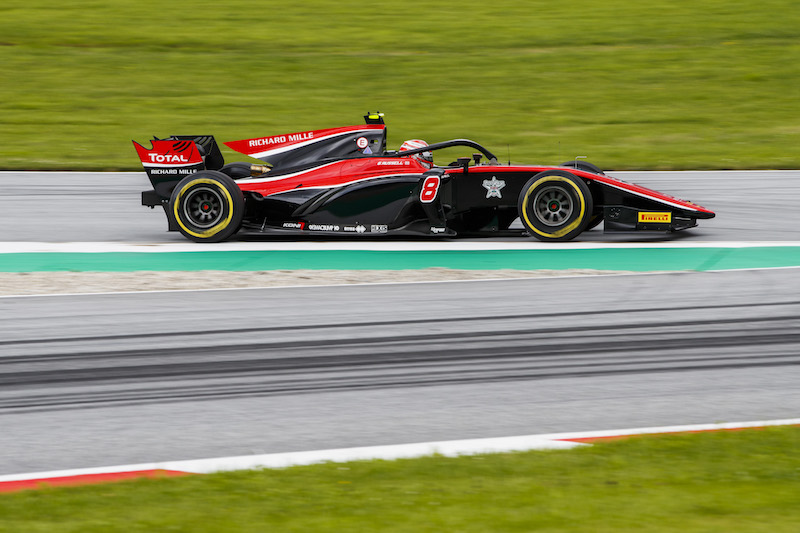 ART Grand Prix driver Russell topped the session with a 1m14.159s lap set inside the first third of the 45 minutes of running.

Antonio Fuoco went seventh at the end of the session, ahead of Artem Markelov, who at one stage went flying over the raised kerbs exiting Turn 9, sending the nose of his car up into the air.

Nissany appeared to move over on Aitken as they exited Turn 1, leading to heavy contact and forcing both cars back to the pits.

While Nissany was unable to rejoin, having failed to post a representative lap time, Aitken did return to get himself up to ninth, with Maximilian Gunther rounding out the top 10.

Gunther’s Arden team-mate Nirei Fukuzumi, who was 14th fastest, came to a halt by the side of the track exiting Turn 4 with five minutes remaining, causing a full course yellow while his car was retrieved.

At the end of the session, drivers were allowed to carry out two practice starts on the grid in a bid to help them overcome the clutch issues that have affected them throughout the season so far.

Originally, an extra 15-minute session was planned for first thing Friday morning for that purpose, but this was shelved in favour of doing the starts at the end of the regular, when it was felt conditions would be more representative.