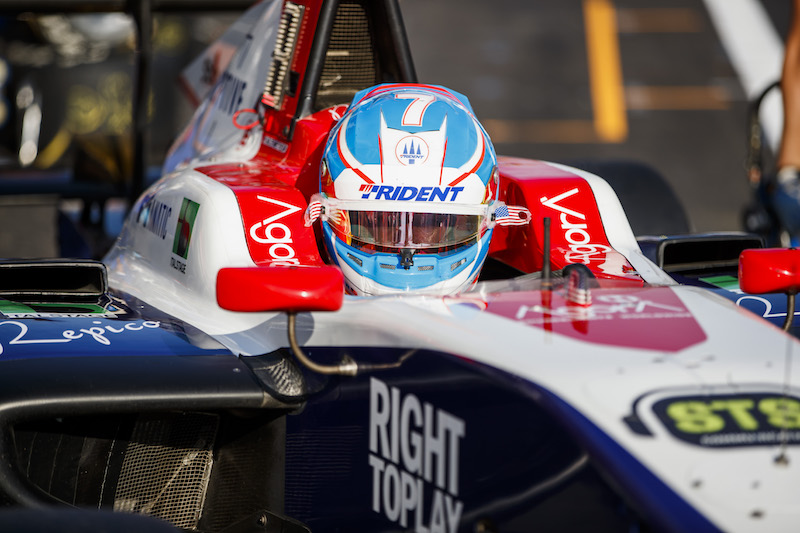 Ryan Tveter topped GP3 practice at the Red Bull Ring, putting in a series of quick laps in the final minutes before he stopped on track.

When light rain began to fall with around 10 minutes remaining in the 45-minute session, it looked as if times would not be improved, but the rain didn’t last and Tveter went to the top of the times with two minutes left, displacing his Trident team-mate Pedro Piquet by 0.245 seconds.

Campos driver Simo Laaksonen responded by going 0.095s quicker than Tveter, but the Zurich-based New Yorker then went 0.441 clear at the top.

That was before he crawled to a halt on the climb up to Turn 3, parking his car at the side of the track.

Fresh from a podium in the second Paul Ricard race, Joey Mawson went third for Arden in front of MP Motorsport’s Niko Kari.

ART duo Anthoine Hubert and Callum Ilott, the two race winners last time out, rounded out the top six ahead of Dorian Boccolacci.

Piquet ended up eighth in front of another Trident driver Alessio Lorandi, while David Beckmann completed the top 10 despite several off-track moments, including a trip to the Turn 3 gravel trap when the track appeared to be at its slipperiest.