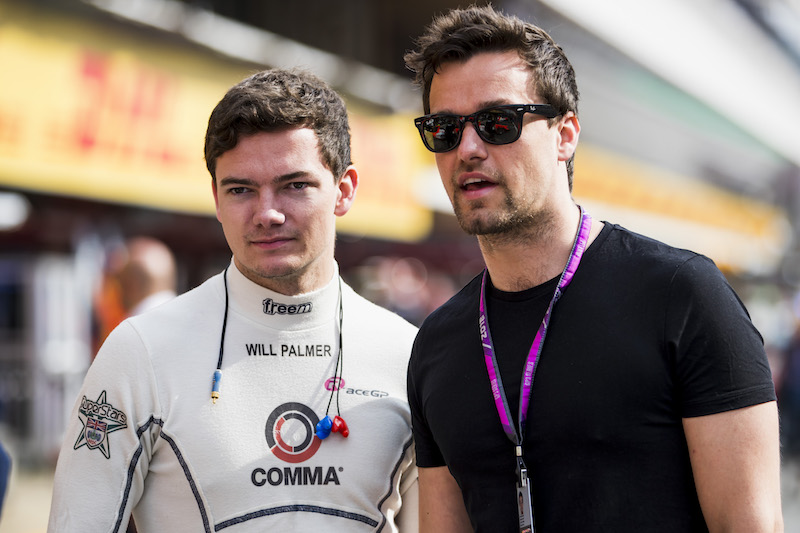 Will Palmer will sit out the rest of the GP3 Series season to concentrate on a university placement year, having been absent from the Paul Ricard races last weekend.

Palmer, whose father Jonathan and older brother Jolyon both raced in Formula 1, is a McLaren Autosport BRDC Award winner and was runner-up to Sacha Fenestraz in the Formula Renault Eurocup last year.

He signed a late deal to drive for MP Motorsport in GP3, but only competed in the opening round?at Barcelona, finishing 18th and 13th.

“It was a tough decision to make, whether to continue racing or not.

“The trouble is I could have combined racing and work, but it’s too competitive to not be giving it my full focus.

“The other drivers are giving it their all – I’m at work four days a week and then popping to a race weekend.

“It wouldn’t do the career I’ve had so far justice.”

Palmer, whose father has built his successful MotorSport Vision business since retiring from racing, is doing his placement is in asset management.

The decision to sit out the rest of the GP3 season does not mean Palmer has quit racing, although he has no plans yet for a potential 2019 return.

Renault junior Christian Lundgaard took Palmer’s seat for the Paul Ricard races last weekend, while Carlin’s European Formula 3 regular Devlin DeFrancesco will occupy it from the third round of the season at the Red Bull Ring onwards, prioritising GP3 over his existing European F3 duties.