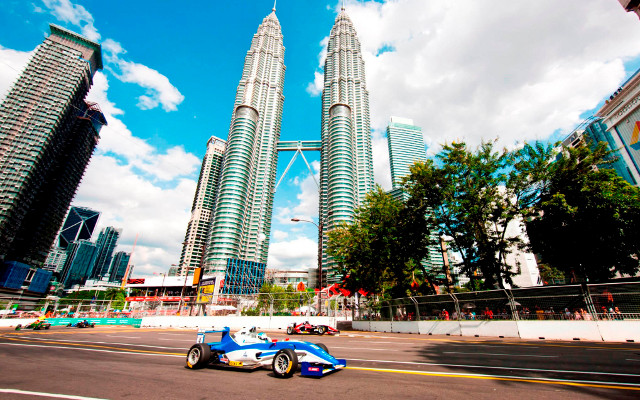 Martin Rump claimed his seventh win of the Formula Masters China Series season after beating racing returnee Alessio Picariello in the first race on the streets of Kuala Lumpur.

Rump had pipped his title rival Jake Parsons by just one hundredth of a second in qualifying to take pole, which he then converted into an early race lead.

The 2013 ADAC Formel Masters champion Picariello was making his first racing appearance of the season, driving for the Absolute Racing team that debuted at the last round at Penbay.

From fourth on the grid, the Belgian passed Nick Rowe?for third and set off after Parsons, who later spun into the wall, triggering a safety car.

Picariello avoided Parsons to take second to Rump, with Rowe completing the podium.

Formula Renault 2.0 frontrunner Dennis Olsen was also making his debut alongside Picariello at Absolute, but his race from seventh on the grid was ended by a broken pushrod.

From their fastest race laps, Rump and Picariello will share the front row for race two on Sunday, while Olsen qualified alongside the Estonian for race three.