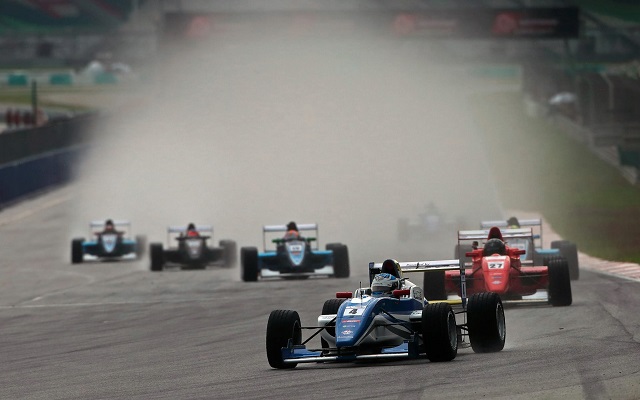 The 19-year-old started on pole at the Sepang International Circuit, and survived a safety car restart to win the race three seconds ahead of Meritus’s Jake Parsons.

While Rump and Parsons were in a class of their own in the slippery conditions, some of the drivers behind them found it harder to cope. The Muratomi brothers,?Asuka and Takeru had near-identical race-ending spins, and the same fate befell Takashi Hata.

Meanwhile, other competitors were severely impeded by technical issues. KCMG’s Zheng Shangguan failed to start the race, while Meritus driver Daniel Woodroof had his start delayed by six laps with his team working on his paddle-shift in the garage.

Matthew Swanepoel took a strong third for Arrows, with Worawong Komarakul?taking fourth at the chequered?flag?after a first lap stall. However, Komarakul picked up a penalty for crossing the white line on pit exit and another for passing under the safety car.

Parsons will start on pole for race two ahead of Rump after having secured the fastest lap of the race.