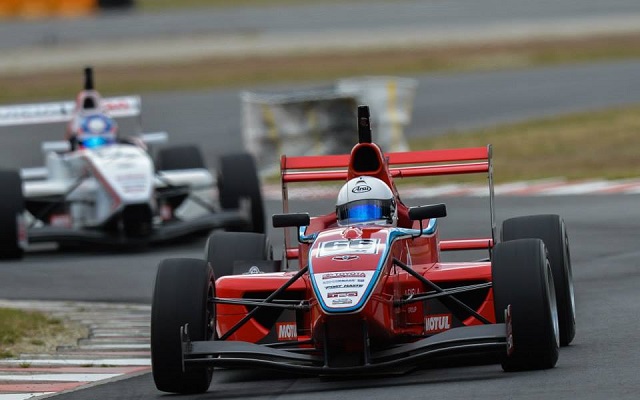 Less than a week after having his first victory in the Toyota Racing Series taken away post-race, Estonian Martin Rump has rebounded with a decisive win from the front row at Highlands.

The Giles racer made a good start and dethroned poleman Andrew Tang from the lead on the opening lap. Rump then maintained a reasonable advantage over his Singaporean rival for the remainder of the race and brought the car to the checkered flag.

While there wasn’t much going on in the fight for the lead, the race was filled with incidents and overtaking down the order. The first safety car of the race came out for an incident involving top-ten runners Steijn Schothorst and Martin Kodric, while another full-course caution, caused by Jann Mardenborough and Macauley Jones, wound up cutting the race two laps short.

With Rump leading Tang at the front, Ryan Tveter picked up his first Toyota Racing Series podium in third. Damon Leitch took fourth, ahead of Egor Orudzhev and James Munro.

Matevos Isaakyan and Gustavo Lima moved from 13th and 15th on the grid to seventh and eighth at the finish line, with Brendon Leitch and Michael Scott rounding out the top ten.