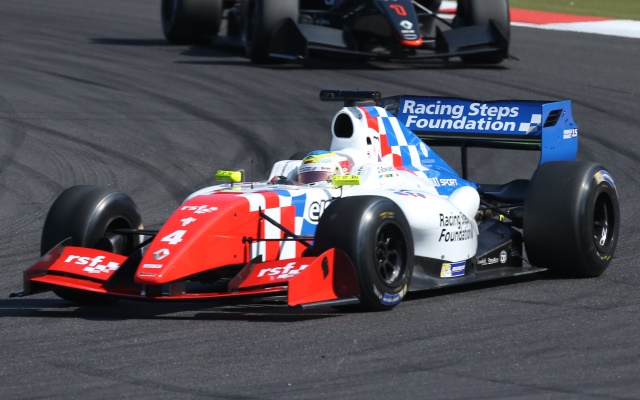 Oliver Rowland gave himself his best chance yet of achieving his aim of a double Formula Renault 3.5 win in one weekend by taking pole again in Sunday morning qualifying at the Nurburgring.

The championship leader essentially dominating proceedings. He was quickest in lull between the drivers’ two runs, two tenths clear of his rival Matthieu Vaxiviere, and kept returning to top spot as others improved later on.

His penultimate flying lap was bettered by Tom Dillmann, but Rowland responded to secure pole just before the chequered flag, 0.269s quicker than the opposition.

Rowland has relatively unusual competition directly behind him on the grid; Pietro Fantin took second and Roy Nissany third, with Dillmann pushed back to fourth.

Tio Ellinas will share row three with Strakka team-mate Gustav Malja, while Vaxiviere could only manage eighth despite improving after the chequered flag, with DAMS’?Dean Stoneman relegating him from seventh at the last moment.