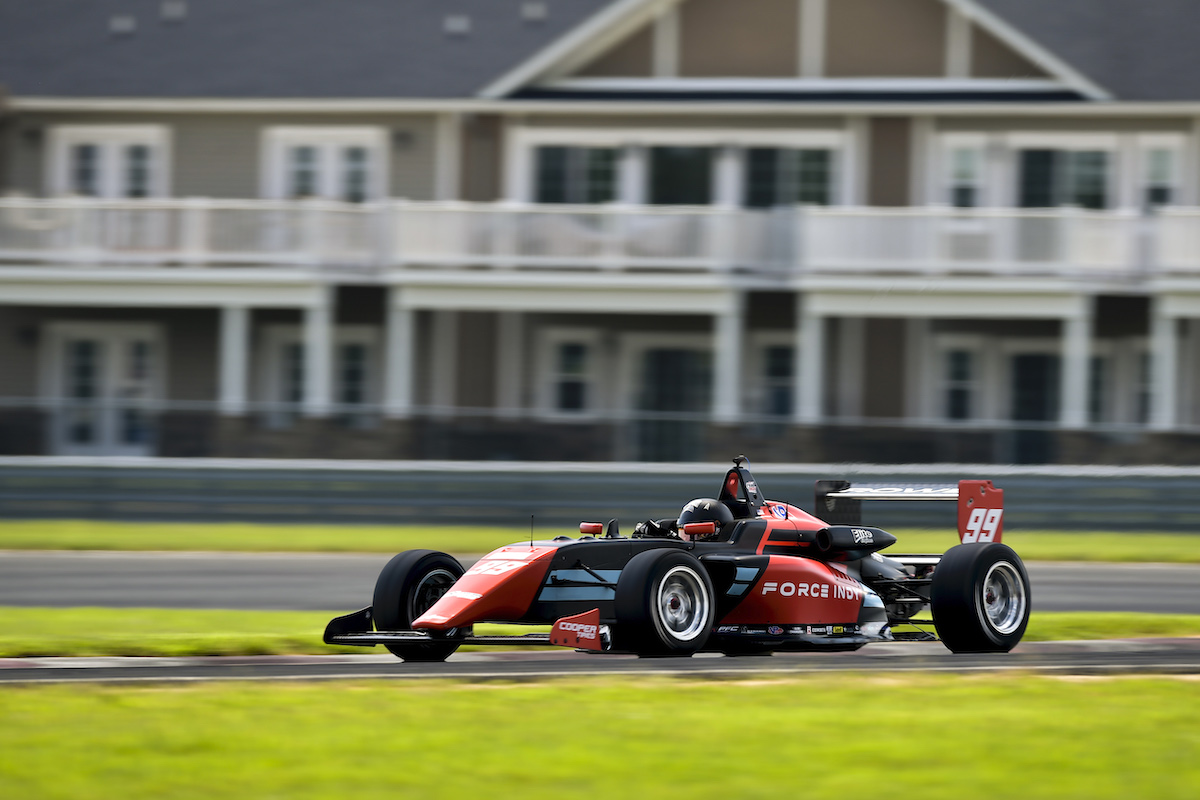 The field started the race on wet tyres but with a dry line already forming, and a few drivers further down the order headed into the pits at the end of the first racing lap to fit slick tyres.

Michael d’Orlando retained the lead from pole position ahead of Nolan Siegel and Porto, but Porto already moved to the lead on the second racing lap while his main championship rival d’Orlando fell to fourth.

Porto appeared to have the race under control ahead of his DEForce Racing team-mate Siegel before Rowe began to close.

Rowe capitalised on a fight between Josh Green and Jace Denmark to third to pass the latter with six laps to go, and found a way by Green on the inside of Turn 1 two laps later.

Rowe then quickly dealt with Siegel, but his efforts to catch Porto were hampered by Peter Vodanovich unlapping himself on slick tyres.

But Vodanovich getting past Porto helped Rowe to close to within 0.7 seconds away going onto the final lap, and he managed to make a move stick just a few corners from the chequered flag.

Second place for Porto still moves him closer to clinching the championship after d’Orlando finished back in 13th place. He will wrap up the title in race three if he can increase his lead from 51 points to over 66.

Sigel completed the podium ahead of Green and Denmark, with Prescott Campbell sixth.

Spike Kohlbecker was a distant seventh ahead of Ely Navarro, with Christian Weir in ninth the best of those to fit slick tyres, even though he went down a lap in the process.