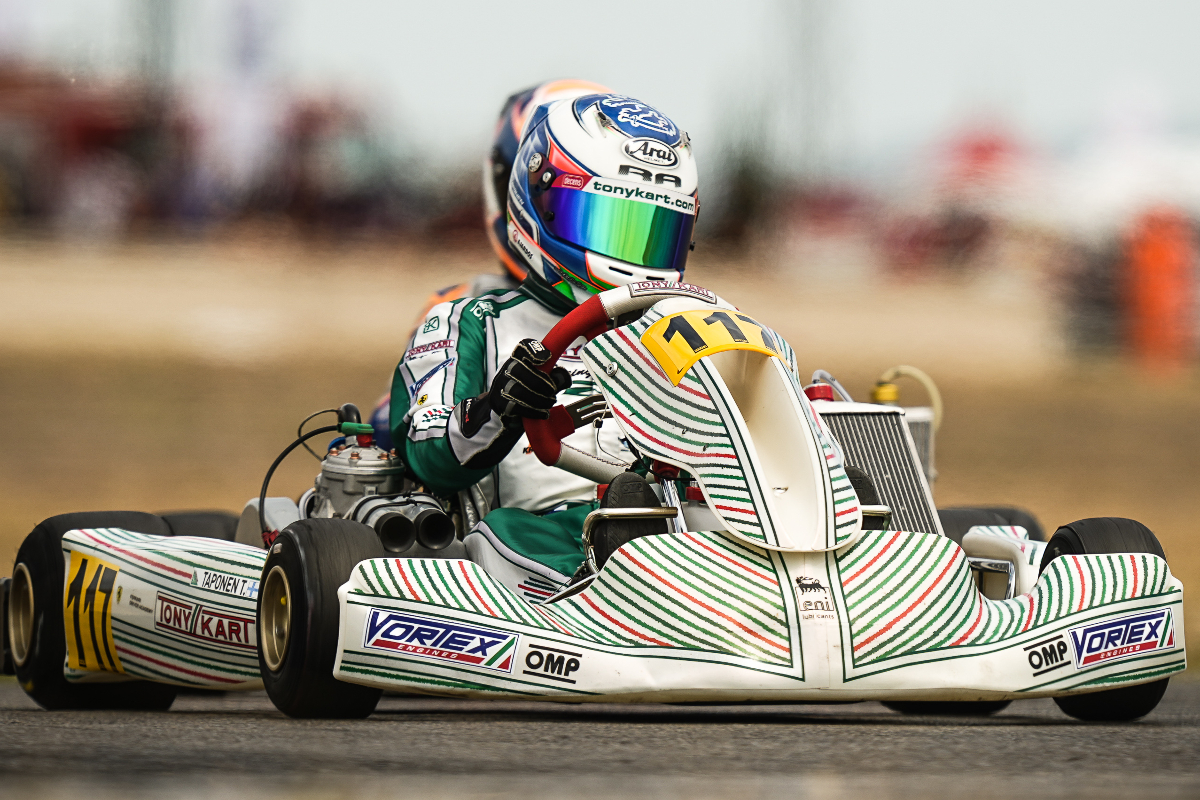 Tony Kart driver Tuukka Taponen made the perfect start to his single-seater career with a double win in Formula Academy Finland’s first visit to Kymiring.

The FIA Grade 1 track is set to join the MotoGP calendar in 2022 but is yet to host a major motorsport event since opening two years ago.

Taponen has done several tests in Formula 4 cars ahead of his FAcademy Finland debut, and was recently in a Ferrari Driver Academy scouting camp. He usually races in Finland’s national karting championship and came ninth in this year’s CIK-FIA European Karting Championship in OK karts.

In qualifying it was fellow karting graduate Leevi Vappula who set the pace, and he and Taponen diced for victory in race one. Taponen triumphed by two seconds, and the podium was completed by Henri Saaskilahti who finished over 11s behind.

Saaskilahti had to do a full brake change between sessions early in the weekend, and said “it was pretty hard to get the feeling for them” as he qualified third before finishing in the same position.

To take that spot he had to hold off championship leader Jussi Kuivakangas.

The top four was the same again in race two, but this time Taponen looked more confident up front and put almost five seconds between himself and Vappula to win. Taking the runner-up spot under pressure from Saaskilahti actually lifted Vappula past him to second place in the standings, while fifth-placed Nikita Alexandrov remains in title contention going into next month’s Alastaro season finale.