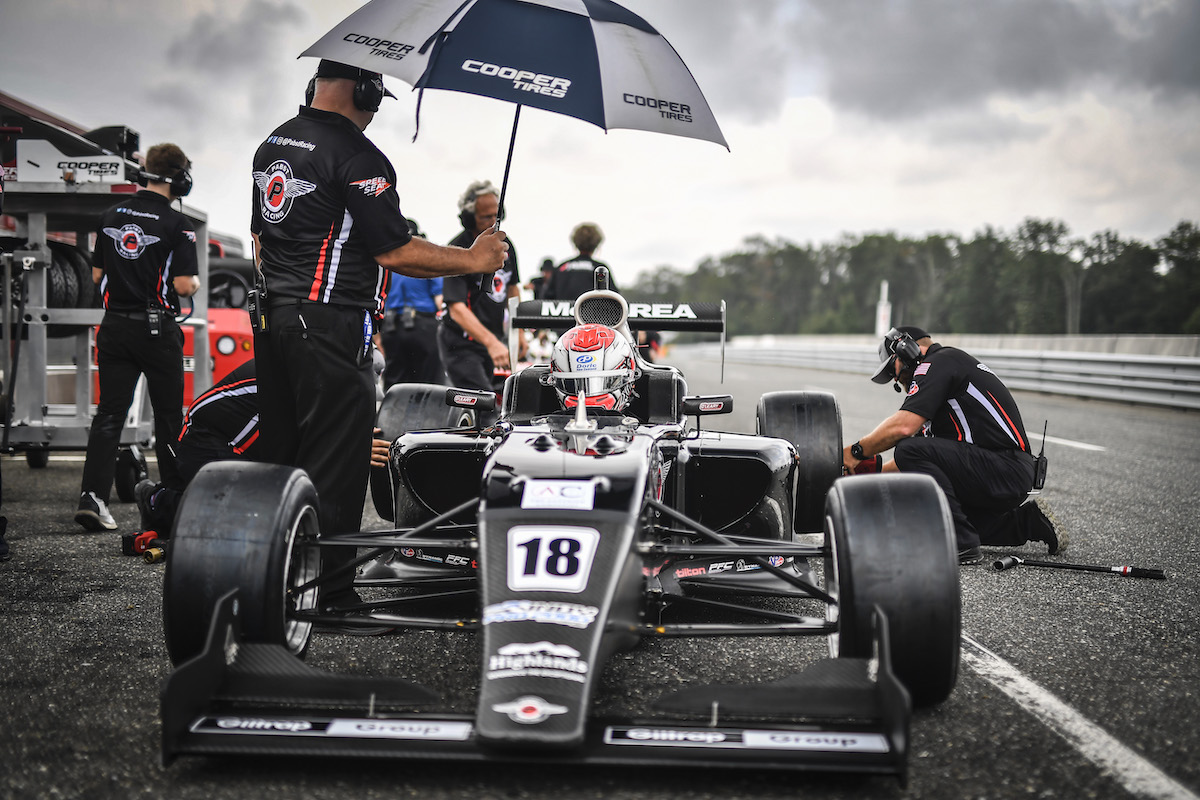 Turn 5 proved especially slippery at the start of the session, with race one winner Reece Gold skating off on his lap out of the pits and triggering a red flag.

When it restarted, championship leader Christian Rasmussen also went off briefly at the same point, before McElrea went for a spin there with 12 minutes left on the clock.

At that point, Petrov was the driver to beat but times came down by around three seconds as conditions improved. Braden Eves and Jacob Abel both took turns at the top of the timing screens before Petrov went quickest again with three minutes to go.

McElrea recovered from his earlier spill however to go half a second faster, and then found a small improvement upon his own time going into the final minute.

Petrov went faster still on his final attempt after the chequered flag but McElrea responded with a 1m22.2095s lap, a tenth better than Petrov.

Eves took third ahead of Kyffin Simpson, with Gold recovering to take fifth.

Jack William Miller was another driver to go off but still beat Abel to sixth, while Rasmussen wound up ninth of the 10 drivers.