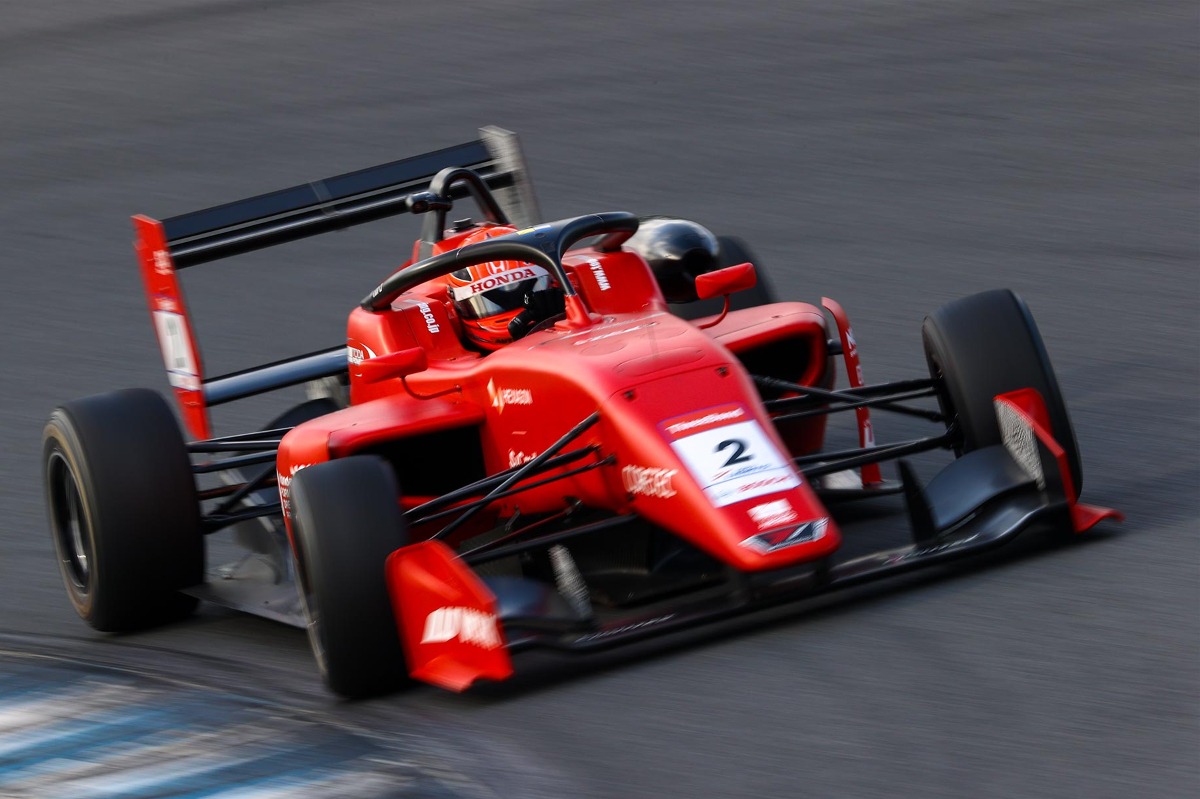 Honda junior Ren Sato took a triple win for Toda Racing in the penultimate Super Formula Lights round of the season at Twin Ring Motegi.

The 2019 Japanese Formula 4 champion and 2020 French F4 runner-up set the pace in qualifying to take pole for the first two races of the weekend, and converted the first pole into a controlled win ahead of points leader Teppei Natori.

B-MAX Racing driver Natori hassled Sato at times, at one point trying to occupy Sato’s mirrors through the double apex opening corner of the lap but instead taking too much kerb and losing ground. He eventually finished only a second behind Sato, who claimed his second win of the season.

Giuliano Alesi, who this weekend is once again on double duty in Super Formula for TOM’S, completed the podium in third.

At the start of race two there was a challenge from Alesi on Sato for the lead, while Alesi’s team-mate Seita Nonaka tried to pass Rn-sports’ Atsushi Miyake for third.

Miyake forced Nonaka wide as they went under the oval at turn four, which dropped the latter back two spots and handed fourth to Natori.

Nonaka took fifth from RS Fine’s Shunsuke Kohno on lap two, and then after that the positions went unchanged.

Sato streaked away for a dominant win, finishing 7.767s clear of Alesi, while Miyake finished third after holding off Natori, who himself was under pressure by Nonaka by the end.

Sato had pole position again for race three, and had another lonely run to victory. Alesi passed Natori around the outside of turn one on the opening lap to take second, and Nonaka then took third as Natori crashed at the turn 11 right-hander at the end of the long back straight.

Despite being deep into the gravel, Natori was able to get his car turned around and back onto the track and in touching distance of the backmarkers. He cleared several cars and got up to seventh in the longer race, but the lack of points meant his title lead was reduced by nine points to 20 points.

Sato’s triple win means he has made it a three-way title fight for the season finale.