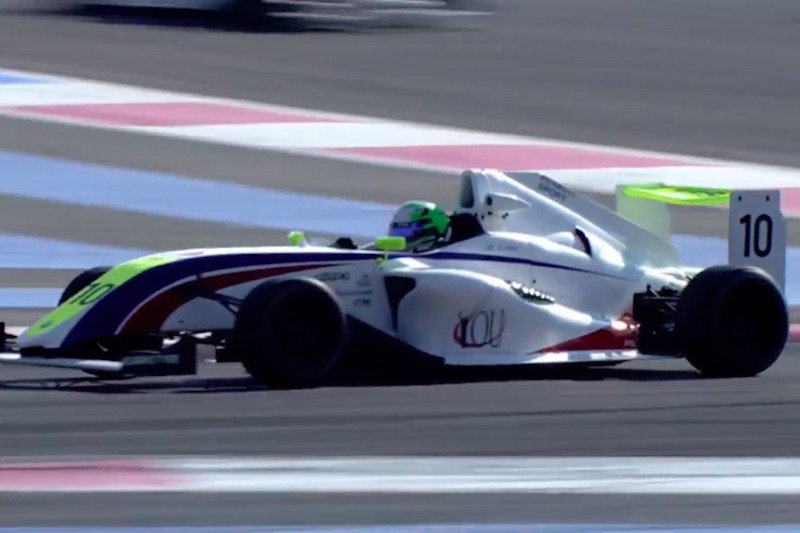 Arthur Rougier moved closer to the French Formula 4 title with third place in the penultimate race of the season at Paul Ricard, two places in front of rival Victor Martins, as newcomer Pierre-Louis Chovet took victory.

After losing the points lead with his final-lap spin in race one, Martins had the chance to recover with the reversed grid for race two putting him fourth and Rougier back in ninth.

However, his race came undone early on when he dislodged his front wing trying to pass Chovet in the opening corners.

He was soon passed by Charles Milesi and Pierre-Alexandre Jean on the Mistral straight, and Rougier then went around his outside at Signes on lap two as the points leader climbed up to fourth place within two laps.

On lap three, Rougier took third away from Milesi at the Mistral chicane, and Milesi later slipped back to eighth after going deep at the same point with seven minutes remaining.

Martins won a battle with Florian Venturi to finish fifth behind Jean, and now takes a 13-point deficit to Rougier into the final race after Rougier edged him by 0.03s for the fastest lap and associated bonus point.

In his third event in French F4, Chovet snatched the lead from pole-sitter Jean-Baptiste Mela on the inside of Signes before opening up a 1.5s advantage during the second half of the race.