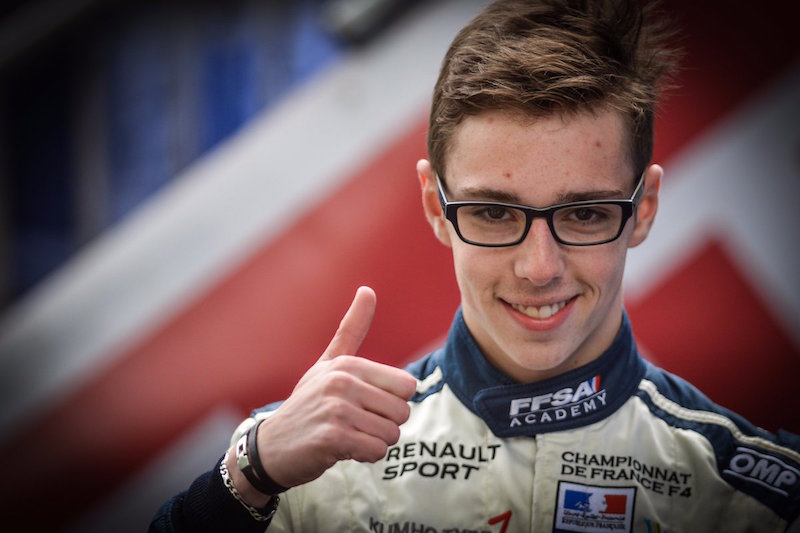 Arthur Rougier has won the French Formula 4 title by finishing second in the final race at Paul Ricard behind rival Victor Martins.

Taking a 13-point advantage into the final race meant Rougier only needed a podium finish to guarantee the title, and he moved up from fourth on the grid to third place in the opening corners.

From second on the grid, Martins got alongside pole-sitter Hugo Chevalier into the first corner, but couldn’t get past and instead had to defend second place from Florian Venturi.

This in turn allowed Rougier to get a run inside Venturi into the chicane to claim third.

Martins took the lead away from Chevalier further around the opening lap at Beausset – where his title hopes had taken a big hit when he spun attacking the same driver for the lead on the last lap of race one.

Rougier however also came past Chevalier into the Mistral chicane on the second lap, and thereafter spent the rest of the race keeping the much-improved Ugo de Wilde at bay to finish second, 3.3 seconds down on Martins.

With Martins claiming the fastest lap, he finished up just five points adrift of Rougier in the final standings.

In third, 14-year-old de Wilde, who hadn’t scored a point until the mid-point of the season at Spa, celebrated his second podium finish in as many rounds.

Chevalier was a distant fourth, just ahead of Pierre-Alexandre Jean and Noah Watt.