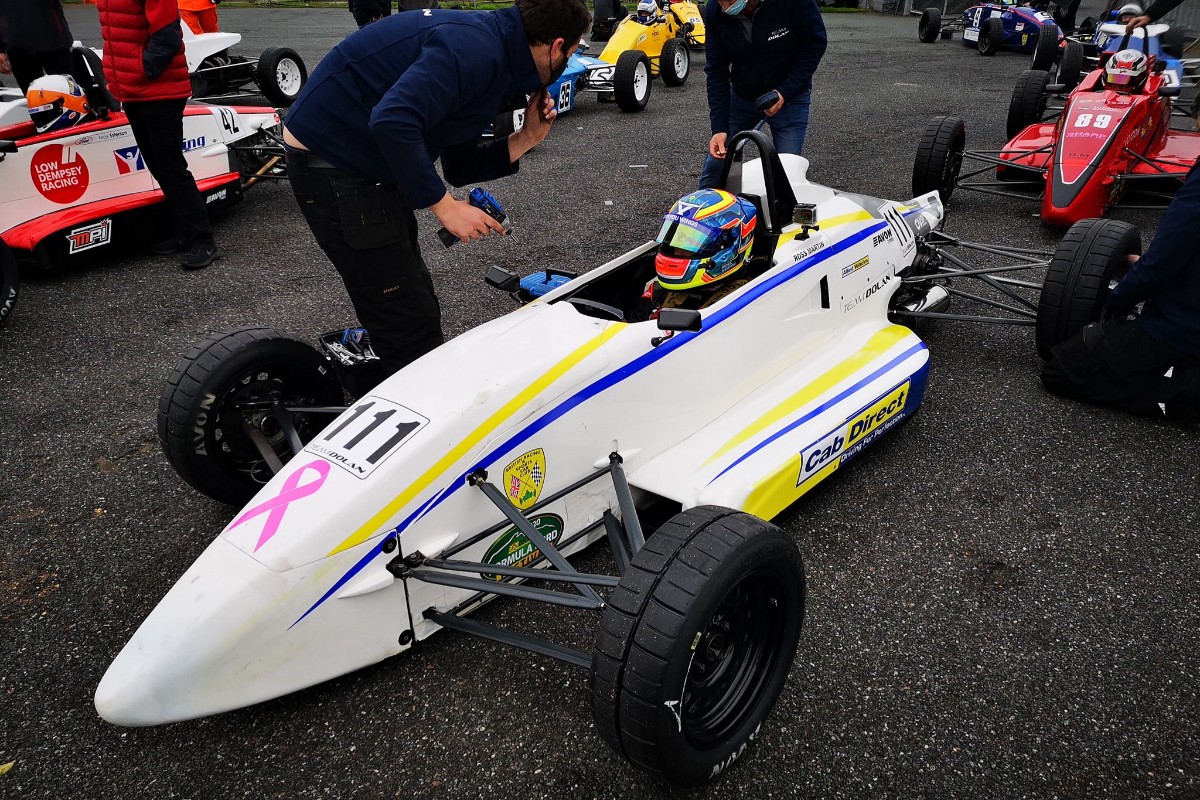 The Team Dolan driver and 2019 BRSCC National FF1600 champion made a strong start from pole to lead the field into Paddock Hill Bend for the first time, holding steady in the lead despite a brief challenge from B-M Racing’s fast-starting Jamie Sharp in the opening couple of tours.

Martin though soon got into his stride, at time lapping over a second per lap faster than anyone else as he built up a lead of over three seconds by mid-distance, though Sharp was able to eventually match the leader again.

The gap between the leading duo would yo-yo across the final third of the contest as they encountered traffic at different parts of the sub-minute lap, Martin keeping Sharp around three seconds back.

Martin’s eventual winning margin was 3.515s, and his race time enough to bag him pole for his semi-final run on Sunday by just under half-a-second ahead of Rory Smith’s first heat effort.

Esterson looked to have lost third as Team Dolan’s Morgan Quinn slotted ahead at Paddock with just a few laps remaining, though the positions quickly switched once again after Quinn got held up by a backmarker exiting Druids.

He then ran wide at Paddock on the third tour, dropping back to tenth as a result and was forced to fight back through to not only salvage his race but to hold on to any chance of bagging a strong result on Sunday.

Sixth was a decent recovery in the end ahead of B-M’s Tom McArthur, while Italian F4 driver Gabriel Bortoleto’s Prema engineer Goofy Pirro – son of sportscar racing legend Emanuele – was eighth on his debut with Oldfield Motorsport.