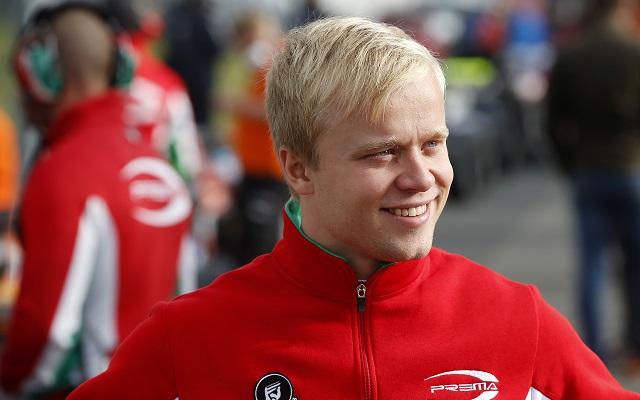 Felix Rosenqvist and Callum Ilott set the pace in the two free practice sessions ahead of the final FIA Formula 3 European Championship round of 2015 at Hockenheim.

Rosenqvist, who secured the title at the penultimate round at the Nurburgring, led the way in the second session with a time of 1m32.241s.

The Swede was four tenths of a second clear of his Prema team-mate Lance Stroll in second place, with Van Amersfoort’s Charles Leclerc third ahead of Prema’s Jake Dennis.

Gunther has taken over Prema’s fourth car for this event after leaving Mucke prior to the previous round at the Nurburgring.

George Russell was seventh ahead of Alexander Sims, making a second appearance of the season together with the HitechGP squad.

Alex Albon was ninth and the top 10 was rounded out by first-session pacesetter Ilott.

The Red Bull Junior, who scored his maiden podium at the Nurburgring, posted a 1m35.106s in a session that began on a damp track.

Leclerc, a winner in wet conditions at the Hockenheim in May, was 0.043s off in second, followed by Sergio Sette Camara.

Antonio Giovinazzi, who currently holds second in the standings ahead of Leclerc and Dennis, was fourth before ending up 26th in the second session after going off and causing a red flag.