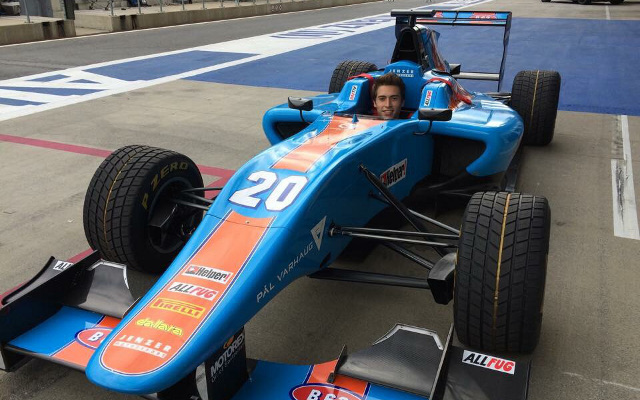 Two-time Italian Formula 4 race-winner Marcos Siebert will test in GP3 with his Jenzer Motorsport team at the end of this year, but he will continue to race in F4 in 2016.

Argentine driver Siebert finished fifth in the Italian F4 standings, winning at Mugello in July and then again in the final race of the campaign at Misano earlier this month.

He will step up to Jenzer’s GP3 squad for the post-season testing in Abu Dhabi at the start of December but then continue in Italian F4 next season ahead of a planned move into GP3 in 2017.

Siebert’s links with Swiss outfit Jenzer date back to 2013 when he contested a Eurocup Formula Renault 2.0 campaign with the team.

“I’m happy, I have fulfilled the dream I’ve had for as long as I’ve been part of Jenzer Motorsport: drive the GP3 car for the team,” said 19-year-old Siebert.

Team boss Andreas Jenzer said: “I think these tests will focus Marcos on his future, to make him aware of what it means to drive a powerful car. We want him to take confidence and continue his development.

“I am very interested to see how he develops in GP3 but we believe that the best thing for 2016 is to continue in?Italian F4, because we want to win the championship and we think we can achieve that with Marcos”