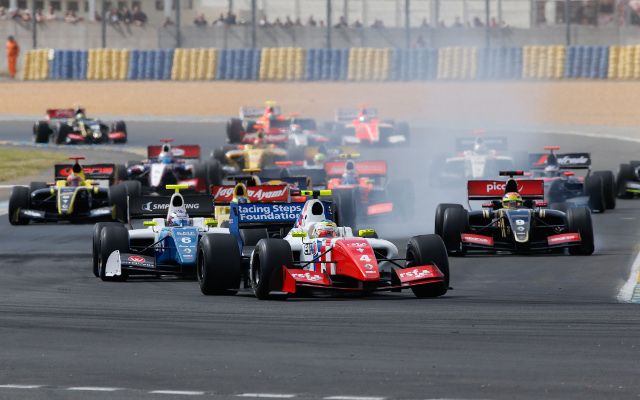 This weekend, the final Formula Renault 3.5 event takes place before the French manufacturer pulls its support. Can the series survive and prosper without Renault? Peter Allen thinks so.

When news broke in the summer that Renault would pull its backing of Formula Renault 3.5, you would have been forgiven for thinking the championship?s days were numbered.

But promoter Jaime Alguersuari Sr, who originally founded the single-seater series with Nissan power in Spain in 1998, quickly ensured its continuation in the hands of his RPM Racing organisation and impressively got the vast majority of teams to commit to its future.

Despite this, it remains to be seen whether the renamed Formula Renault 3.5 series will thrive next year and beyond.

The survival and success of any junior single-seater championship essentially boils down to its popularity with drivers. Unless drivers come with the necessary budget to fill seats, a series can?t run.

Formula 3.5 prospering without Renault will depend on enough drivers committing to the series and these drivers being of a good enough level to maintain the championship?s reputation among potential future competitors.

But it must do that despite the ability and numbers of drivers on the grid having already been on a slight decline since its peak in 2012.

Back then, with its reputation having already grown over the previous couple of seasons, the new fastest car yet attracted a phenomenal field of drivers including GP2 defectors Jules Bianchi and Sam Bird.

The Ferrari, Mercedes, Red Bull, Lotus, McLaren and Caterham Formula 1 teams were all represented by junior drivers. Rival series GP2 was being shunned, primarily due to ever-rising costs. 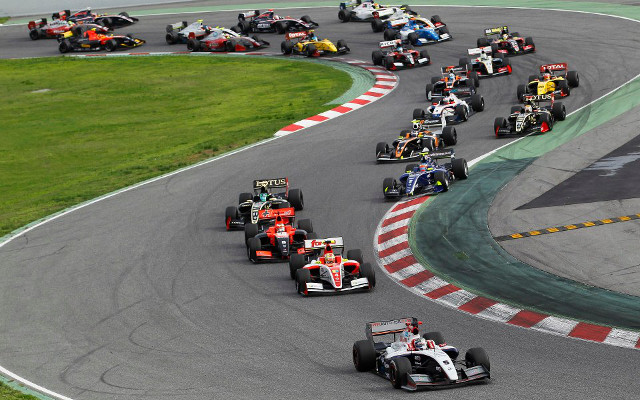 The depth of the grid is not at 2012 levels (Photo: Jean Michel Le Meur/DPPI)

The natural question to ask is that if the series has struggled to fill seats before Renault withdraws, how is it going to cope afterwards?

What affect will losing the Renault name actually have on the attractiveness of the series to potential drivers, though? As long as the rest of the product remains the same (and that?s the plan), it may be negligible.

Perhaps the biggest impact of Renault?s departure will be the loss of formal ties to Formula Renault 2.0.

The Eurocup has provided a clear feeder route into 3.5 for years, both through the prize money awarded to the champion to make the graduation and thanks to the FR2.0 drivers spending their weekends in close proximity to the bigger series and its teams.

Both of those factors will continue to be a factor in this winter?s market though ? any effect of losing FR2.0?s presence next year won?t be seen for another 12 months yet.

In the future, the championship will need to look outside of its own paddock for new talent, but it has plenty going for it to make it attractive.

Earlier this year, quite a fuss was made over the series not being recognised sufficiently in the FIA?s new F1 superlicence points system. However, with the maximum points for the series having now been increased to 35, it could prove to be a great post-Renault selling point.

It?s not the full 40 needed to get to F1 and available by winning GP2 or European F3, but it could make a switch tempting for a driver with some points already to their name, or who thinks they could finish high up in two consecutive seasons. 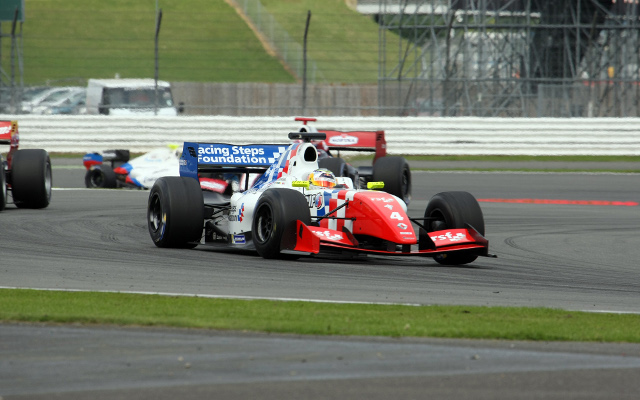 The 3.5 series will continue to have a lower barrier to entry than GP2 in terms of both cost and difficulty level, so it could well be a preferred route for many to hitting the magic 40 mark.

Whereas 3.5 was seen to be on the same level as GP2 a few years ago, it already has slipped back down in the pecking order, in part thanks to series graduates making the switch to the F1-supporting category as their next step ?up? the ladder.

However, the strong performances there of ex-3.5 drivers? such as Stoffel Vandoorne, Sergey Sirotkin and even Oliver Rowland ? will have ultimately benefitted the championship.

With GP2 expected to become the FIA?s Formula 2 in the coming years, both GP3 and European F3 will exist as feeder categories with official ties to F2. But the proof is already there that if you want to go to GP2 and be a competitive rookie, come via 3.5.

If it has plenty of superlicence points on offer, is relatively affordable and prepares a driver well for GP2/F2 or even F1, what?s not to like about Formula 3.5?

Alguersuari has managed to maintain some great stability in terms of teams, with only DAMS not committing to continuing in the series and some interest from new squads too.

He?s putting together a great calendar too, despite the series having to fend for itself now away from the World Series by Renault package.

The official schedule is yet to be revealed, but while the Monaco date is staying in Renault?s possession for it to use with FR2.0, it is expected that all six of the permanent European circuits on the 2015 F1 calendar will feature.

Much of that will come through a wise tie-up with the promoter of the Euroformula Open series, as reported by Autosport. 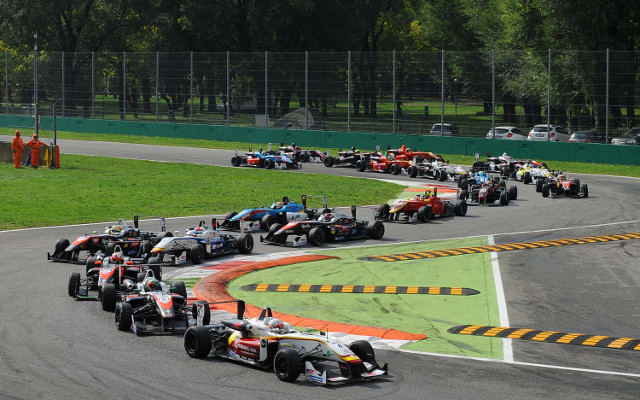 Euroformula Open tie-up will give access not just to good tracks, but a pool of drivers too (Photo: Fotospeedy)

The GT Sport schedule already features five of those F1 tracks, and looking to the future, there could be other benefits too.

Why not make use of Euroformula Open as a new feeder series to Formula 3.5, to replace the loss of FR2.0? The reputation of the former is lacking at present, but the link would benefit both sides.

It would give 3.5 a captive set of drivers within its paddock that could fill some of its seats ? Yu Kanamaru has already made that move recently and shown well with Pons ? and make Euroformula more attractive by providing a clear progression route that is currently missing.

The two championships both run Dallara chassis, to the point that the F312 looks like the FR3.5 car?s younger sibling. And both are run with low costs in mind, meaning you could essentially have affordable alternatives to F2 and F3 running together in the same paddock.

You could get teams running in both championships to boost their appeal too. Imagine top Euroformula squad RP Motorsport entering FR3.5 and some of the FR3.5 teams expanding into the F3-based series.

While you?re at it, ?Euroformula? strikes me as a more fitting name for RPM?s series than Formula Renault 3.5 which, although stemming from the 3.5-litre engine, sounds like it belongs halfway between F3 and F4.

I?m not expecting 3.5 to adopt the name of a smaller category, but branding both categories under the same umbrella ? as two divisions of the same series ? would have clear benefits.

Getting back on topic to what already is appealing about Formula 3.5, it was clear from when he met the press at Silverstone in September that Alguersuari is passionate about his ethos of helping young drivers to reach the top with their talent rather than due to money.

It?s an ethos that has clearly had the endorsement of almost all of the existing teams in the championship, small and large.

Ultimately, the series should remain an attractive proposition to potential drivers, with performance close to GP2/F2 but at a cheaper cost and with a lower barrier of entry, allowing drivers to quickly gather good results and superlicence points.

The first test of this will be the level of drivers present in post-season tests held over the coming weeks, and of those who sign up for the 2016 campaign over the course of the winter.

Fundamentally, the 3.5 series continues to have a great reputation – 2014 champion Carlos Sainz has impressed all in his rookie F1 season.

Why should that change when Renault leaves? 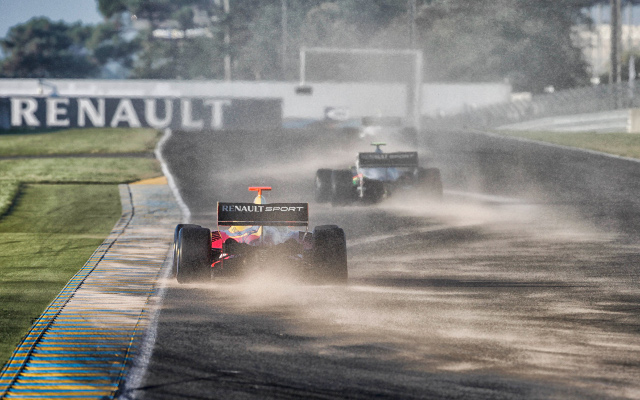