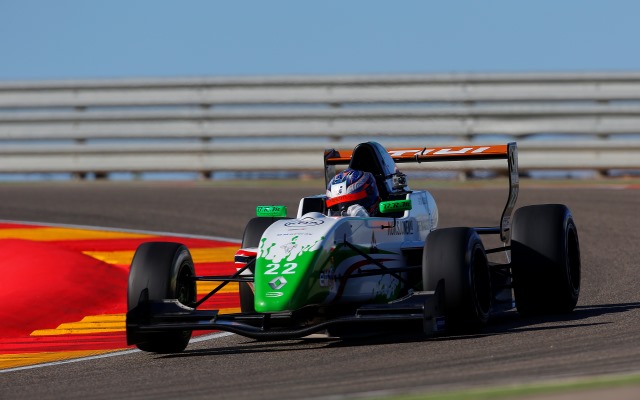 The Prema Powerteam rookie set the fastest time in the morning test with a time of 1m57.766s, then going on to smash that benchmark with a lap of 1m55.985s in the afternoon.

Olsen arrived at Prema this year after a strong season with Josef Kaufmann Racing in the FR2.0 NEC, coming third in his first season of single-seaters.

The Norweigen led the morning session ahead of one of the main favourites for the championship, Nyck de Vries, while Andrea Pizzitola was in third.

The afternoon session included the exact same top ten minus Hubert, who was back in 16th as Prema?s Hans Villemi joined the pacesetters.