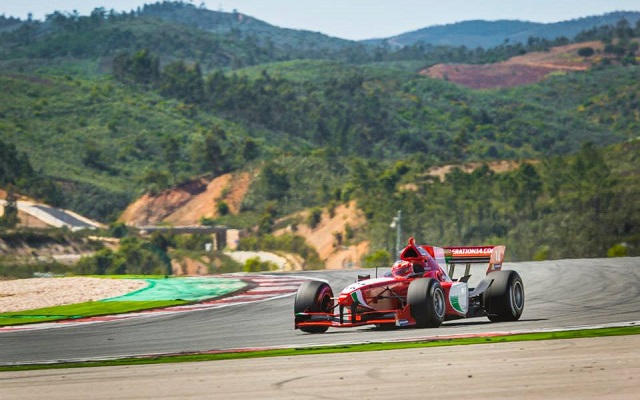 Bortolotti posted a 1:32.694 lap around Portimao in the middle of the 30-minute session and would be untroubled at the top for the remainder of the running.

Nigel Melker was two tenths off the leader in second, while practice pacesetter Felix Rosenqvist settled for third.

Slovakian Richard Gonda was the final driver to make it within a second of Bortolotti and rounded out the second row, ahead of Auto GP race winner Sergio Campana and German F3 Trophy champion Sebastian Balthasar.

Qualifying two and the opening race will take place tomorrow.