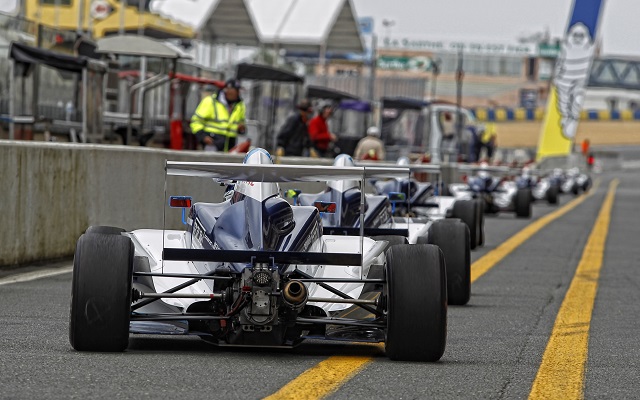 15-year-old Felix Hirsiger was fastest in opening qualifying session of the 2014 French F4 season at Le Mans, taking pole for the third race of the weekend.

Hirsiger, who secured the maiden pole position of his career, was 0.15s faster than top karting graduate of the field – Australian Joseph Mawson.

The starting order for the first race, meanwhile, was determined by the second-best lap times of the session. As a result, Mawson grabbed pole for his first car race, beating Hirsiger by more than a tenth. Sorensen and Elpitiya took third and fourth respectively, while Moineault will start from fifth – three places better than his spot for race three. The top ten is rounded out by Richard, Atoev, Laaksonen, Boccolacci and Russian karting champion Denis Bulatov.