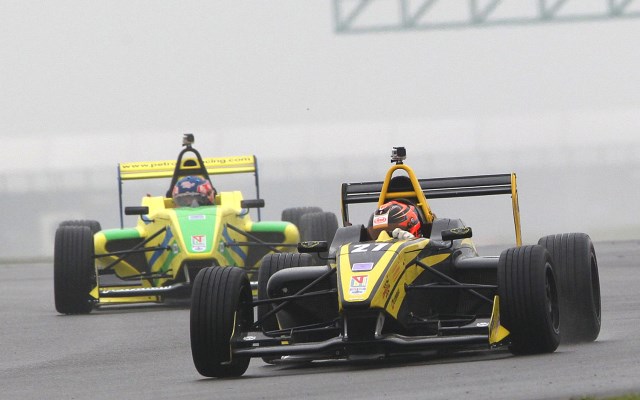 UK racing newcomer Nicolas Beer topped the timesheets on a wet pre-event test day at Silverstone ahead of the opening round of the BRDC F4 season.

The former ADAC Formel Masters racer went quickest in the first of four sessions, with weather conditions worsening later in the day.

“First practice was quite good with plenty of free laps to really push the car to the limit and see what it felt like,” said the Dane. “After that it was very tricky on track with the conditions, but it’s good to be fastest at the end of the day, it shows we have pace.

“I’ve always liked the wet, but not when it’s too wet! But I always go well when it rains and I’m hopeful that if conditions remain the same for the rest of the weekend I can take some really good results.”

The opening session’s times were the best of the day, with Gustavo Lima second ahead of Falco Wauer, Diego Menchaca and George Russell.

The Douglas Motorsport pairing of Menchaca and Charlie Eastwood excelled in the difficult conditions as they finished first and second in the three remaining sessions.