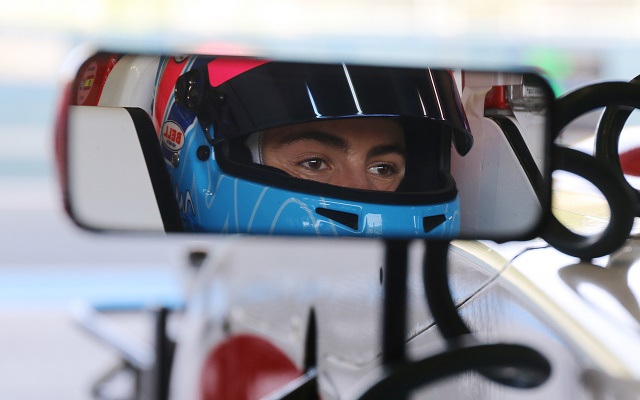 Strakka Racing’s newcomer Max Defourny emerged as a surprise pacesetter on day one of the Eurocup Formula Renault pre-season test at Le Mans.

Defourny, a podium finisher in FR1.6 NEC and French F4, vaulted to the top of the timesheets with two hours to go, clearing Jack Aitken by four tenths.

Rain hit the track shortly afterwards, nullifying any chance of further improvements for the rest of the running.

Despite the changing weather, Defourny’s lap ended up being the overall benchmark for day one, besting Aitken’s effort from a similarly mixed-conditions morning session.

Valentin Hasse-Clot finished seventh in a second consecutive session, with Nikita Mazepin in eighth despite bringing out a late red flag.