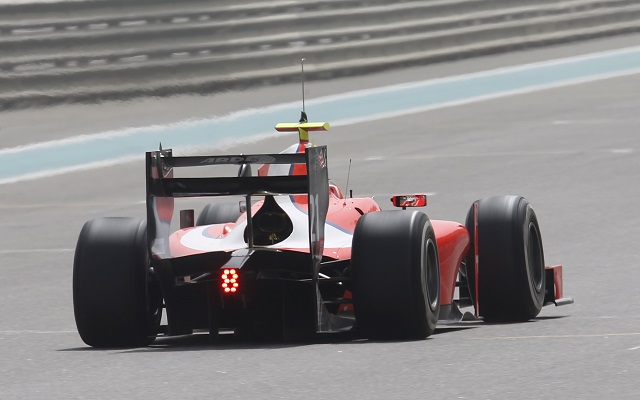 Alex Lynn‘s benchmark from the morning remained as the best time of the day, with ex-Formula Renault 3.5 racer Nato’s time of 1m49.697s falling 0.049 seconds short of the Williams development driver.

In another session where long runs were the focus, Negrao was 1.244s slower than his team-mate Nato, who had improved his time with a super-soft run after triggering a red flag when he stopped on track.

Raffaele Marciello was third quickest for the third session in a row. Sergio Canamasas was fourth as he tests for Hilmer this week, followed by Marciello’s Trident team-mate Rene Binder and ART’s title favourite Stoffel Vandoorne, whose week continues to be fairly low-key.

Sergey Sirotkin was seventh for Rapax ahead of his former FR3.5 competitor Zoel Amberg, who is testing with Lazarus. Vandoorne’s new team-mate Nobuharu Matsushita appeared in the top ten for the first time this week in ninth, as did Status tester Richie Stanaway in tenth.

Pierre Gasly‘s fifth day testing a GP2 car since November was the first where he failed to post the fastest time, after playing second fiddle to his DAMS team-mate and former Red Bull stable-mate Lynn in the morning. The duo were 18th and 19th in the afternoon.