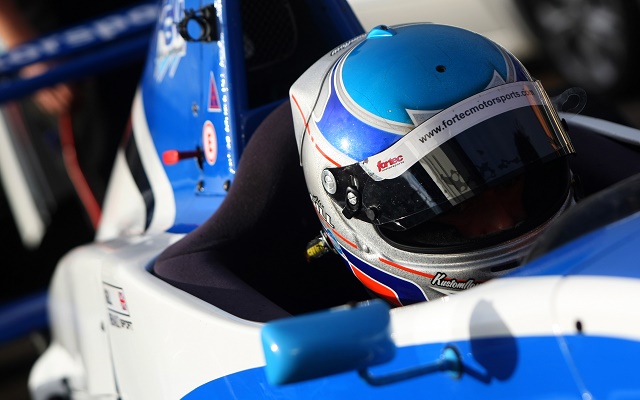 British racer Alex Gill will graduate to Formula Renault 2.0 NEC for his second year in cars.

Gill, 17, will continue racing for Northamptonshire team Fortec, having contested Protyre Formula Renault with them in 2014.

The two-time Super 1 National karting champion was Fortec’s sole driver in Protyre. He took a win in the season opener at Rockingham and recorded six other podiums to finish fourth in the standings.

A move to NEC has long been on the cards for Gill, who tested with Mark Burdett Motorsport late last year.

Fortec have been a dominant force in NEC over the past years, taking three drivers to the championship title between 2012 and 2014.