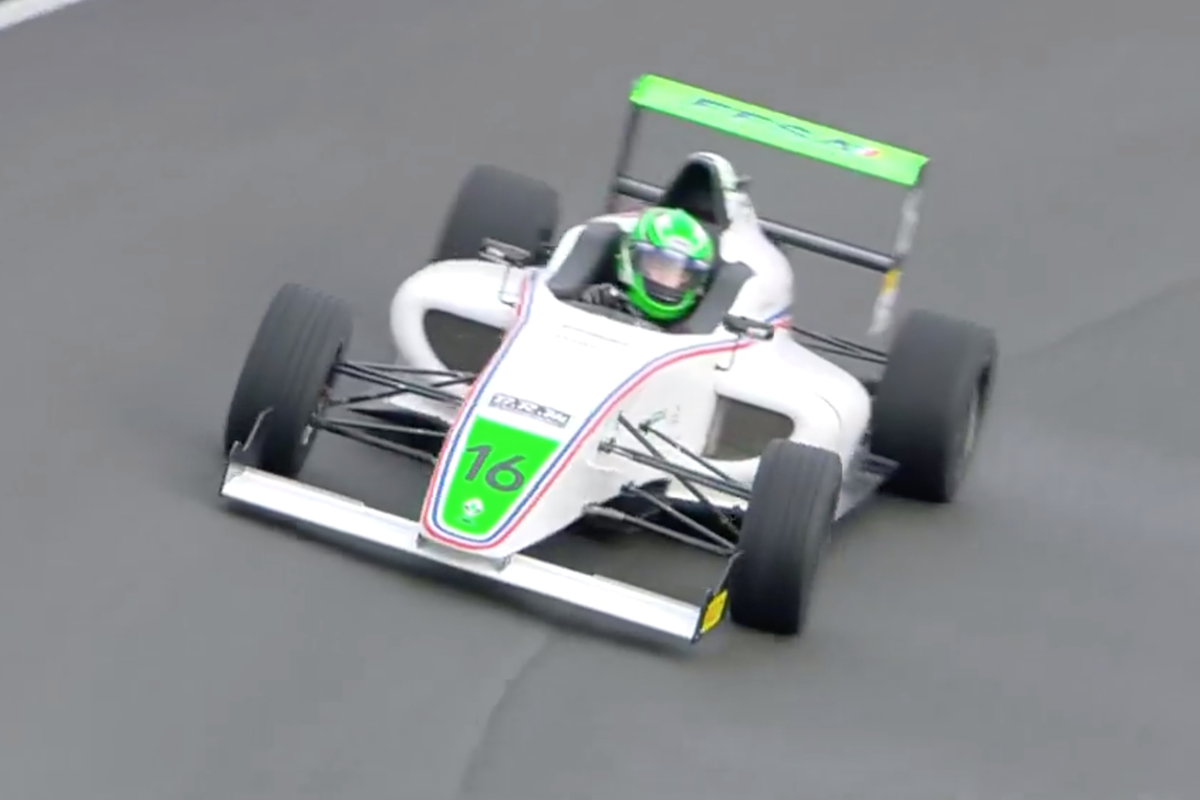 Leroux spent the entire race defending against Sato, who had jumped up from eighth on the grid to second on the opening lap. On a number of occasions Sato was able to get alongside the race leader on the steep Zandvoort banking, but couldn’t get his nose ahead. The entire time, Isack Hadjar was close behind, waiting to take advantage of any mistake.

Sato was still second when the safety car was brought out with five minutes on the clock.

Daniel Ligier, Ivan Peklin and Marijn Kremers had spent the second half of the race battling for the final place in the top 10. They ran three-wide approaching turn one and made contact. Peklin was sent spinning into the gravel while Ligier and Kremers, who had dropped back after a spin earlier in the race, were left stuck at the side of the track.

The incident could not be cleared in time and the race ended behind the safety car.

A second place finish for Sato would have put him two points behind title rival Ayumu Iwasa, who came home fourth. But, as the field approached the chequered flag, Sato made to follow the safety car into the pits, rather than race leader Leroux.

He realised the mistake quickly, but Hadjar had already passed by the time he rejoined the train of cars.

Sami Meguetounif dropped to the back of the field after struggling to get away from the grid. He spent most of the race struggling to make up positions, but was promoted to 10th after the three-car crash ahead of him.