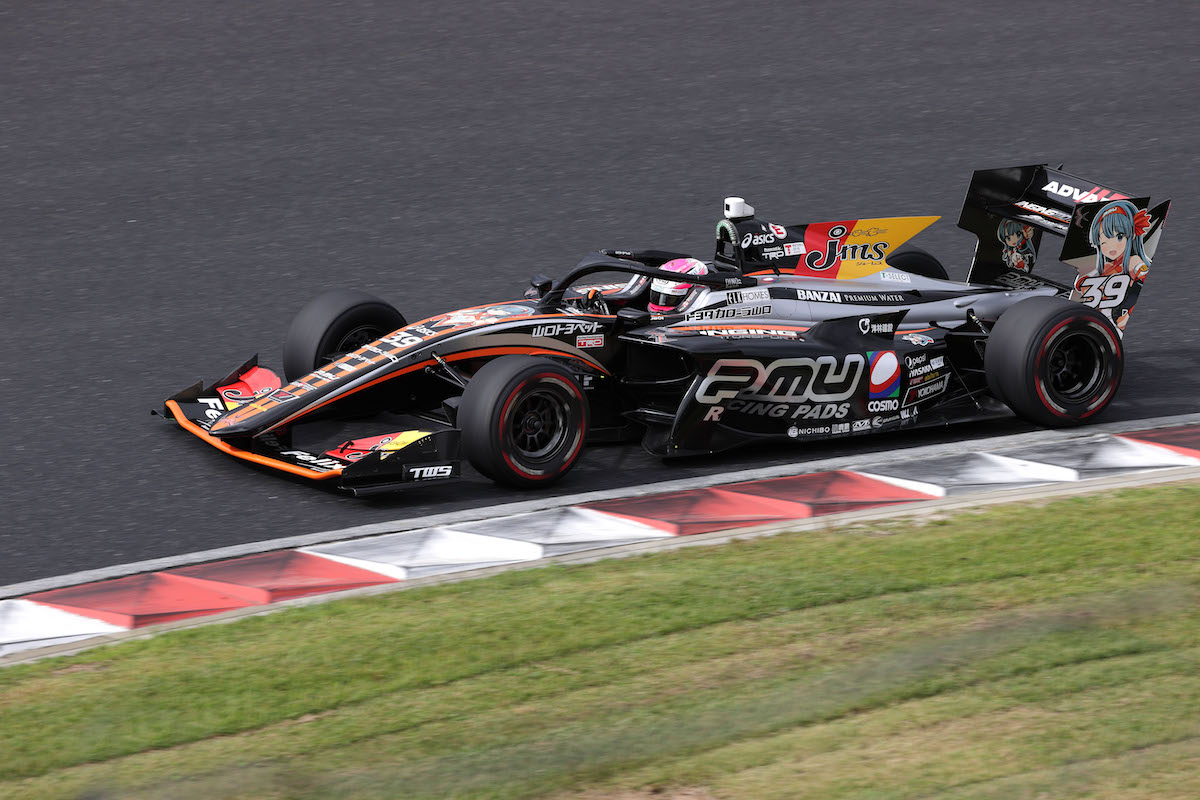 The order became jumbled after an incident going into the first turn of the opening lap, with Toshiki Oyu locking up and hitting Nakajima Racing team-mate Tadasuke Makino, who then collected Kondo Racing’s Sacha Fenestraz.

When racing resumed at the end of lap seven of 50, Ryo Hirakawa led Sho Tsuboi, who had made up six positions, Ishiura and Cassidy.

Tsuboi pitted at the end of lap 11, passing Team Impul’s poleman and round one winner Ryo Hirakawa on lap 13 after he just exited the pits.

Ishiura and Cassidy were two of the three drivers to not pit early on in the race. Ishiura made his mandatory pitstop (brought back in as a regulation after being dropped for the season opener) on lap 30 and a few laps later tried to challenge Tsuboi but wasn’t able to make it work.

TOM’S driver Cassidy stayed out until there was two laps to go, but after losing some time behind a backmarker came out behind the two INGING drivers but ahead of Hirakawa.

Tsuboi was able to hold off his team-mate to take the chequered flag for his first win and move up to second in the points.

Fourth place for Hirakawa extends his championship lead over Tsuboi and Ishiura. Several of the title contenders were absent as they were in quarantine after racing in the Le Mans 24 Hours a week ago.

Hirakawa’s Impul team-mate Yuhi Sekiguchi stalled on the grid after the formation lap and had to start from the back of the grid, but he managed to make up nine positions on lap one before finishing in fifth. He was able to just hold off two-time champion Naoki Yamamoto in sixth.

Ritomo Miyata, racing in SF and Super Formula Lights this weekend, qualified second for his debut but dropped down the order during the opening lap and finished ninth. Tomoki Nojiri rounded out the top 10 for Team Mugen.

The start of the race was delayed for almost 20 minutes after Miyata’s fellow debutant and SF Lights rival Sena Sakaguchi crashed on the formation lap.