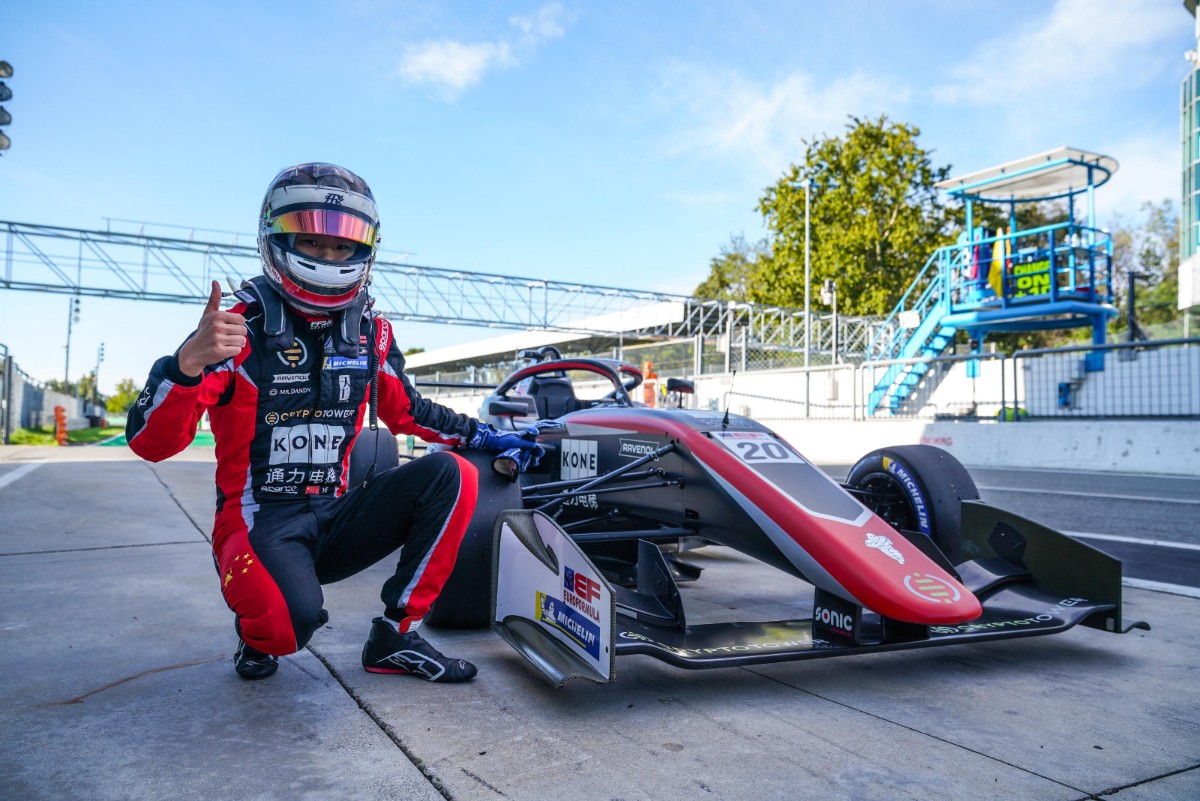 Yifei Ye took another Euroformula pole position in qualifying for the third race at Monza, meaning the Chinese driver has set the pace in all three qualifying sessions this weekend.

As in Q1 and Q2, Ye worked with CryptoTower Racing Team team-mate Lukas Dunner to make the most of the tow on the Italian circuit’s long straights, and Ye was the greater beneficiary when it came to timing as he gained the slipstream for his final flying lap when the track was its quickest.

He ended up going just over a tenth faster than his team-mate, who was on provisional pole, and in the final seconds Motopark’s Niklas Krutten snuck between them with a lap that was 0.096 seconds slower than Ye’s.

Sebastian Estner was helped by his older brother and Van Amersfoort Racing team-mate Andreas to qualify in fourth, while Manuel Maldonado joined them on track to sneak ahead of the older Estner to go fifth fastest.

Double R Racing’s Ayrton Simmons was on provisional pole with four minutes to go, but he failed to improve on his lap after that and slipped down the timesheet to seventh. He used Carlin driver Zane Maloney’s slipstream on that lap, and the Barbadian had his recent poor fortune improve as he got within a second of the pace in ninth place.

Cameron Das, working with his team-mate Krutten to share a tow, qualified eighth.